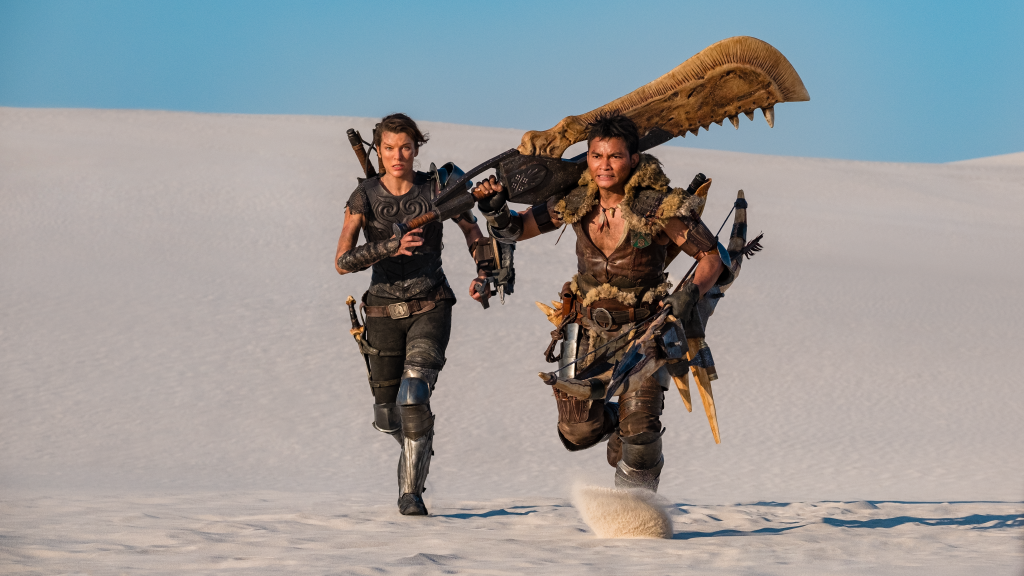 This will pose an interesting fight for screens with Wonder Woman 1984 given that Monster Hunter is honoring a full theatrical window. Some have told me that the Patty Jenkins-directed DC sequel could occupy half of a multiplex’s screens. Warners is still working out terms with exhibitors, but hopes to have something that’s uniform and comfortable as opposed to the high rental rates Disney demanded on Star Wars films from Christmas pasts.

Monster Hunter, starring Milla Jovovich, originally had been set for an April 2021 release but was pulled back into 2020 last month when it was set for December 30.

UPDATED, October 5: Sony made it official: Paul W.S. Anderson’s Monster Hunter starring Milla Jovovich is moving up from its April 23, 2021 release date back into this year and debuting on Dec. 30. That’s Escape Room 2‘s previous old date and that sequel is heading to a TBD weekend in 2021.

Kid Detective stars Adam Brody as a once celebrated child detective, now in his early thirties, who continues to solve the same trivial mysteries between hangovers and bouts of self-pity. That’s until a naïve client (Sophie Nélisse) brings him his first ‘adult’ case – to find out who brutally murdered her boyfriend.

PREVIOUSLY, October 5 AM: Back in July, Sony pushed Screen Gems and Constantin Film’s Milla Jovovich-starrer Monster Hunter from its domestic Labor Day weekend date of September 4 to April 23, 2021. But, hang on, a teaser released by Sony Pictures over the weekend now tells us it’s coming “only in theaters” in December (watch the video below).

We understand that the full release schedule is not yet firmed up, however, some markets are now set to go this year. We are waiting on confirmation of the North American date.

Monster Hunter stars the Resident Evil franchise’s Jovovich and is directed by that series’ Paul W.S. Anderson. The last Resident Evil movie, Resident Evil: The Final Chapter, did big offshore business back in 2016 with $285.4M at the international box office and led by China’s $159.5M. The overseas take was more than 91% of the cume, so there’s a sense to going in some markets internationally on this movie despite ongoing domestic closures.

We hear that the date change was already in the works before James Bond movie No Time To Die last week moved to April next year with the filmmakers seeing an opportunity in December 2020 given scant competition (which is nevertheless significantly expected to include Warner Bros’ Wonder Woman 1984.

Jovovich and her husband Anderson reteam here on Monster Hunter which is based on the Capcom game. The logline is: When Lt. Artemis and her loyal soldiers are transported to a new world, they engage in a desperate battle for survival against enormous enemies with incredible powers.

Here’s the teaser for Monster Hunter that was released on Sunday: