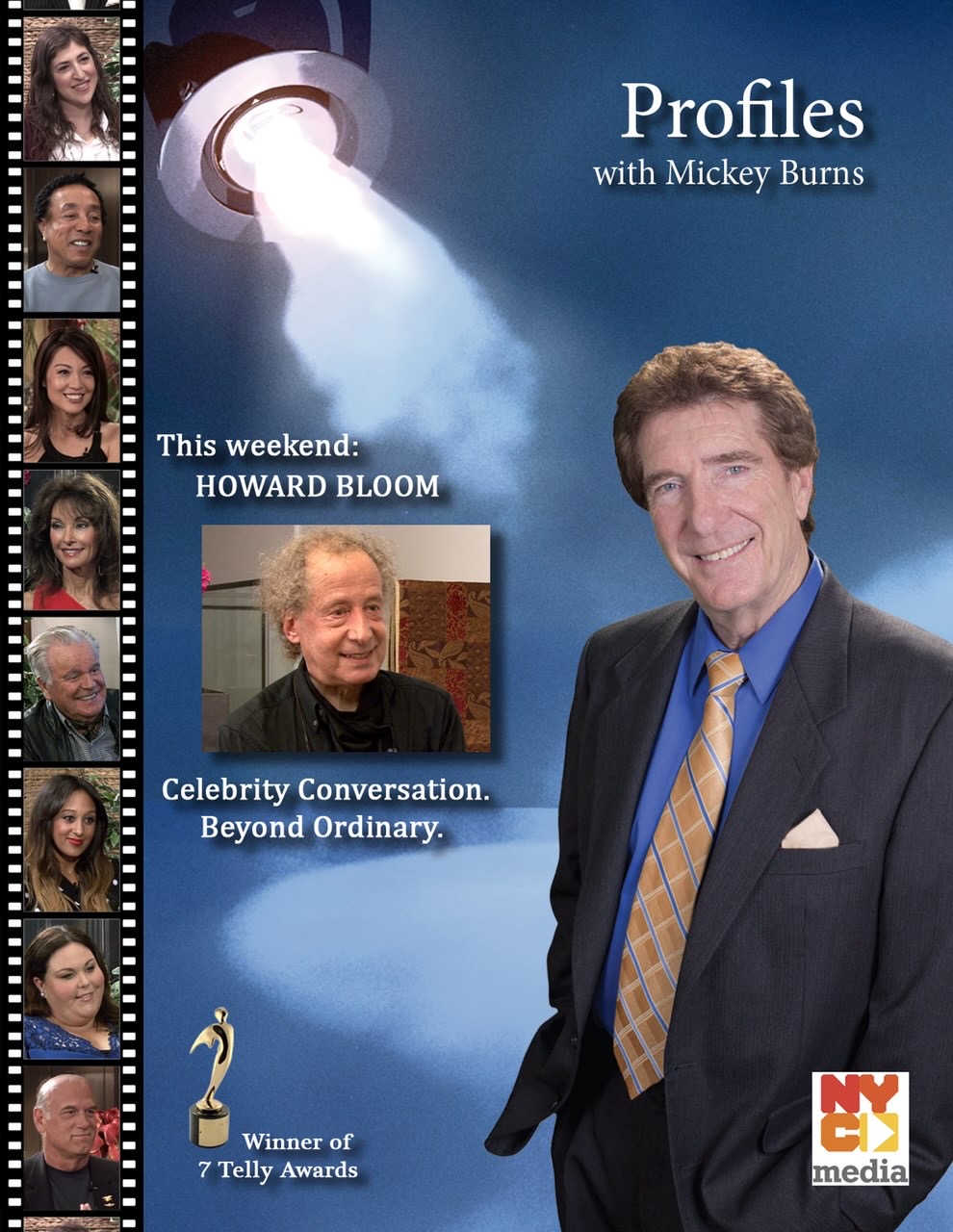 Author/Publicist/Seminal Thinker Howard Bloom will be a featured guest on “Profiles With Mickey Burns,” the prominent and extremely popular celebrity interviewer who has had conversations with the coolest celebrities on the planet, including: Joan Rivers, Jonathan Schaech, Joan Collins, Smokey Robinson, Dick Cavett, Fred Schneider, Tim Conway, Ed Asner and hundreds more. The show will air on Saturday October 17th @ 11:00 PM, Sunday October 18th @ 7:30 PM and Wednesday October 21st at 3:00 AM on Channel 25 NYC Media Network with an audience of 20 million viewers.

Howard Bloom, the author of the new book Einstein, Michael Jackson & Me: a Search for Soul in the Power Pits of Rock & Roll, has been called “next in a lineage of seminal thinkers that includes Newton, Darwin, Einstein,[and] Freud,” by Britain’s Channel4 TV, “the next Stephen Hawking” by Gear Magazine, and “The Buckminster Fuller and Arthur C. Clarke of the new millennium” by Buckminster Fuller’s archivist. Bloom’s second book, Global Brain, was the subject of an Office of the Secretary of Defense symposium with participants from the State Department, the Energy Department, DARPA, IBM, and MIT. Sheikh Mohammed bin Rashid Al Maktoum, Dubai’s ruler, who doubles as the Prime Minister of the United Arab Emirates, has named a racehorse after one of Bloom’s books. The eleventh president of India, Dr. A.P.J. Kalam has called that same book “a visionary creation.”

Bloom’s writing has appeared in The Washington Post, The Wall Street Journal, Wired, Knight-Ridder Financial News Service, the Village Voice, Cosmopolitan Magazine, and the blogs of Psychology Today and The Scientific American. Bloom has lectured at Yale, Stanford, and Columbia University’s Department of Neuroscience. He has published or lectured at scholarly conferences on twelve vastly different scientific fields: quantum physics, cosmology, pre-biotic evolution, evolutionary biology, political science, biopolitics, governance, economics, psychology, neuroscience, information science, and aerospace. His scientific work has appeared in: arxiv.org, the leading pre-print site in advanced theoretical physics and math; PhysicaPlus; Across Species Comparisons and Psychopathology; New Ideas in Psychology; and in the books: Research in Biopolitics; The Future Information Society; and NASA’s Cosmos and Culture. 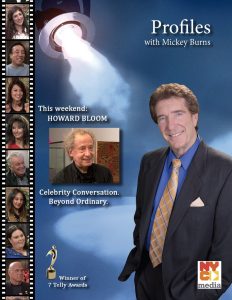 Oh, and Bloom founded the biggest PR firm in the music industry, building or sustaining the careers of Michael Jackson, Prince, Bob Marley, Bette Midler, Billy Joel, Paul Simon, Billy Idol, Peter Gabriel, David Byrne, John Mellencamp, Joan Jett, Queen, Kiss, Aerosmith, AC/DC, Grandmaster Flash and The Furious Five, Kool and the Gang, Chaka Khan, Run DMC, and roughly 100 others. He helped his clients gross over $28 billion, more than the gross domestic product of Oman or Luxembourg. But he wasn’t in search of profits. He was hunting the mystery of soul.

Concludes Joseph Chilton Pearce, author of Evolution’s End and The Crack in the Cosmic Egg, “I have finished Howard Bloom’s books, The Lucifer Principle and Global Brain, in that order, and am seriously awed, near overwhelmed by the magnitude of what he has done. I never expected to see, in any form, from any sector, such an accomplishment. I doubt there is a stronger intellect than Bloom’s on the planet.”

Tune in to “Profiles With Mickey Burns” to watch the incredible interview with Howard Bloom this weekend.

The official website for Howard Bloom may be found at https://www.HowardBloom.net

The official website for “Profiles With Mickey Burns” may be found at https://www.profilestvshow.net

We Are Who We Are’s Eerily Timed Election Episode Is a Cautionary Tale
Kanye West Open to Running for CA Governor on Joe Rogan’s Podcast
At Home With Darcey & Stacey: See Inside ‘The 90 Fiancé’ Twins’ Couture Closet
Quibi Shuts Down Six Months After Launching
‘Mr. Bojangles’ Songwriter Jerry Jeff Walker Dead At 78