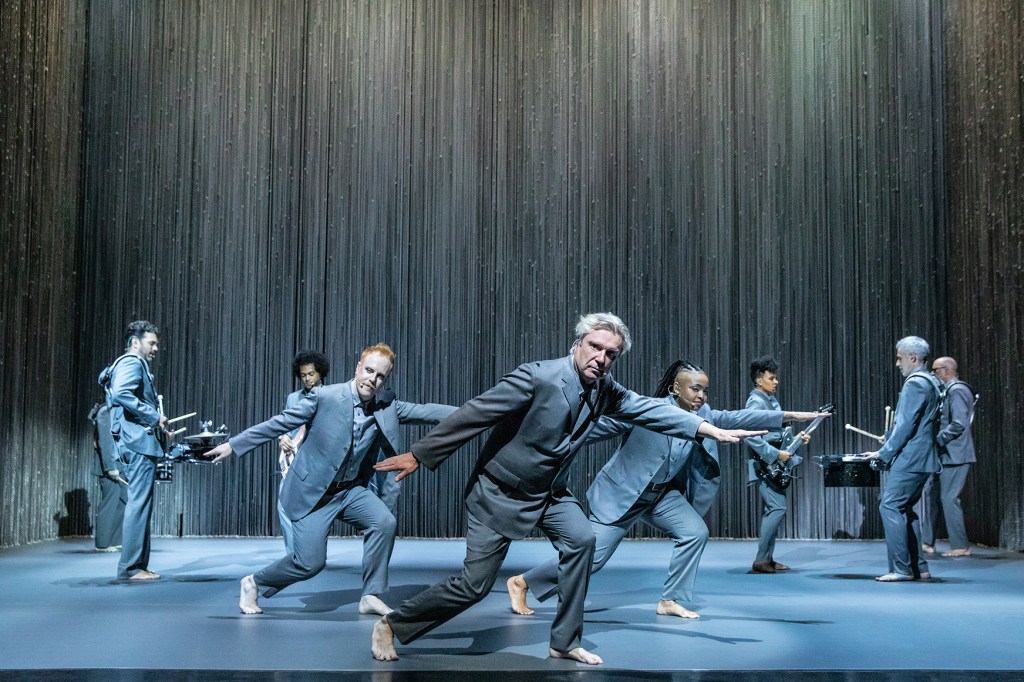 David Byrne’s American Utopia will return to Broadway next fall. Producers announced today that the critically lauded production will hit the stage Sept. 17, 2021.

The show, filmed by Spike Lee for an HBO adaptation that launches this weekend, had initially planned its Broadway return for fall 2020, but the COVID-19 pandemic shutdown axed that.

The Broadway return was announced today via Twitter. Tickets are already on sale. No mention was made of a venue, but the announcement was retweeted by Broadway’s Hudson Theatre, where Utopia played its initial Broadway run last year and where Lee filmed the HBO special.

The booking raises questions about an arrival date for Plaza Suite, the Neil Simon revival starring Sarah Jessica Parker and Matthew Broderick. That twice-postponed production had initially been set for the Hudson in spring 2020 and then spring 2021. No announcement has been made about the production since Broadway’s most recent shutdown extension through May 2021.

The initial run of Utopia closed out its first limited engagement at the Hudson last February, having recouped it’s initial $4 million investment in mid-December just ten weeks after opening. The production was initially scheduled to return to the Hudson on September 18 2020 and run through January 17 2021.

Since the most recent shutdown extension announcement, various pending productions have reset their sights on fall 2021 or 2022.