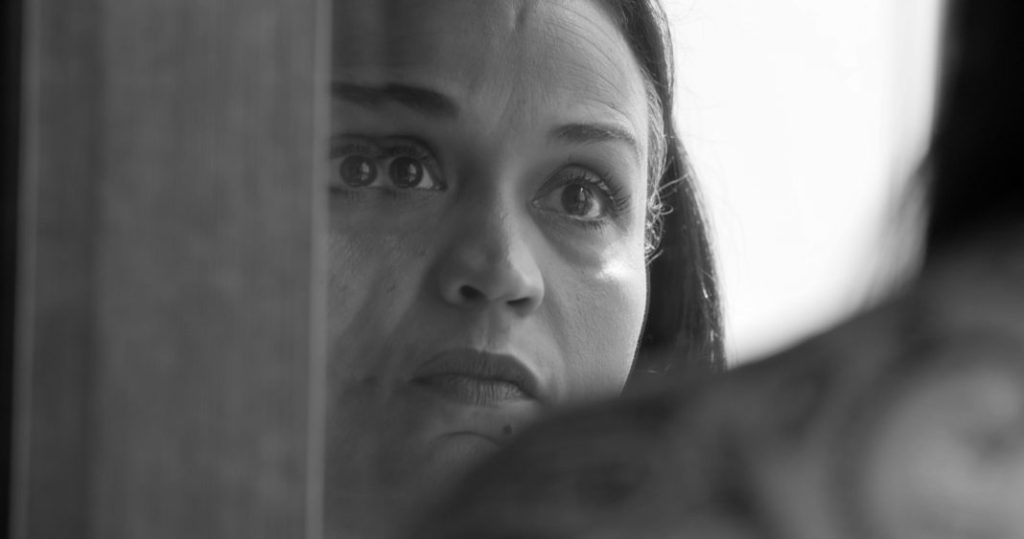 Filmmaker Garrett Bradley is known for tackling pressing issues facing the Black community with her work. Her documentary short America painted a portrait of how Black people are represented in American culture while Alone, investigated the impact of mass incarceration on the modern Black family through the eyes of a single mother in New Orleans. The latter won Bradley the Short Film Jury Award in non-fiction at the 2017 Sundance Film Festival. She also served as the second unit director on Ava DuVernay’s When They See Us and directed of Queen Sugar. This weekend, the prolific filmmaker makes her way into theaters with her feature documentary debut Time.

The docu continues Bradley’s investigation of incarceration and its impact on the Black community as she follows Fox Rich, an entrepreneur, author, and mother of six who has spent the last 21 years fighting for the release of her husband, Rob, who is serving a 60-year sentence for a robbery they both committed in the early ’90s in a moment of desperation. Combining the video diaries Fox has recorded for Rob over the years with intimate glimpses of her present-day life, Bradley chronicles the resilience and radical love necessary to prevail over the endless separations of the country’s prison-industrial complex.

Time made its world premiere at the Sundance Film Festival and Bradley made history as the first Black woman to win the U.S. Documentary Directing Award. Amazon acquired the title shortly after its debut. Bradley’s Time is one to watch come award season and beyond. Time opens in select theaters today and will debut on Prime Video on October 16. Watch the trailer below.

Get ready for battle! Tim Hill’s The War With Grandpa starring Robert De Niro and Oakes Fegley is set to storm theaters starting today. De Niro is balancing out the heaviness of his last film The Irishmen with something more family-friendly in The War With Grandpa, a self-described comedy based on the book by Robert Kimmel Smith.

The film follows Peter (Fegley), your basic sixth-grader who loves his video games and hanging with his friends. His life takes a left turn when his recently widowed grandfather Ed (De Niro) moves in and he is forced to give up his bedroom. This launches an all-out war between Peter and Ed as they participate in a battle of pranks with hilarious consequences.

101 Studios was all set to release the movie on September 18 when theater reopening were in flux. Now that the stateside box office is slowly yet surely filling seats, the family comedy hits theaters today. Adapted by Tom J. Astle and Matt Ember, The War With Grandpa features an all-star cast including Christopher Walken, Uma Thurman, Rob Riggle, Cheech Marin, Laura Marano and Jane Seymour.

Rose ends up fleeing her small town to Austin where she seeks help from her aunt (Tony award winner Lea Salonga). At the same time, she continues to pursue her dreams as a country music star. She is then faced with the decision of staying with her family or leaving the only home she has known.

Just in time for Filipino American History Month, Yellow Rose is one of the first major studio films that includes a Filipino narrative directed and starring Filipinos. The film made its premiere at the Los Angeles Asian Pacific Film Festival in 2019 where it won the Grand Jury Award and the Breakout Performance Award for Noblezada. Deadline exclusively reported that it was acquired Sony Pictures Worldwide. The film also marks a reunion of sorts between Noblezada and Salonga who both played Kim in Broadway productions of Miss Saigon. Watch the trailer below.

Written, directed and starring Radha Blank, 40-Year-Old Version (which is one of three films directed by women of color included in this week’s preview) became the talk of Park City and beyond when it made its debut at Sundance where it won the Directing Award-U.S. Dramatic. It didn’t take long for Netflix to snatch up the global rights to the pic. Now the dramedy will make its premiere on the streamer starting today.

Set in New York, the comedy follows a down-on-her-luck playwright who thinks the only way she can salvage her voice as an artist is to become a rapper — all at the age of 40. She takes on the moniker of “RadhaMUSPrime” as she navigates the world of hip hop and theater while on her own personal quest to find her true voice. The film also stars Peter Kim, Oswin Benjamin, Imani Lewis, Haskiri Velazquez, Antonio Ortiz, TJ Atoms, Jacob Ming Trent, Stacey Sargeant, William Oliver Watkins, Meghan O’Neill, André Ward, Welker White, with Reed Birney

“I had to get this story out,” said Blank who is actually a playwright. “As an artist in New York, I’ve had my share of troubles and noticed these trends in terms of who decides who gets to tell what story to what audience — and that really frustrated me.” She adds that in addition to that, she lost her mom and best friend and felt that she needed to address it through story.

“Oftentimes the gatekeepers doubt your ability to tell a story or be an artist because you don’t fit the mold of what they want to present,” she continued. “It was a way to confront my frustrations — and celebrate the city that informs my way of telling stories.”

It seems that this year’s Sundance was a hotbed for stellar titles released this week because Charm City Kings is riding into this weekend after debuting on HBO Max October 8.

Directed by Angel Manuel Soto and written by Sherman Payne, the film won U.S. Dramatic Special Jury Prize for Ensemble Acting — and quite an ensemble it is. Talented up and comer Di’Allo Winston stars as 14-year-old Mouse who yearns to join The Midnight Clique, an infamous group of Baltimore dirt bike riders who rule the summertime streets. When Midnight’s leader, Blax (Meek Mill), takes Mouse under his wing, Mouse soon finds himself torn between the straight-and-narrow and a road filled with fast money and violence.

In Jesse Quinones’s Cagefighter, Alex Montagnani plays Reiss Gibbons who is about to become the greatest to ever to step inside the Legends cage. With five title defenses under his belt, a beautiful wife (Georgia Bradner), a ball-busting agent Reggie (Elijah Baker) and the support of coach and mentor Marcus (Chuck Liddell), Reiss has it all — or so it seems. However, when savvy promoter Max Black (Gina Gershon) pits him against pro wrestling superstar Randy Stone (AEW Champ Jon Moxley) in the company’s first-ever cross-promotional event, Reiss finds himself in the toughest fight of his life.

Why Susan Sarandon Says She Won’t Apologize For Daughter Eva Amurri’s Upbringing Being Like A ‘Circus’
It’s Just Under 115 Days Til Fast X Finally Hits Theaters, And Ludacris Has Some Thoughts About Filming
The Weeknd – Is There Someone Else? (Official Music Video)
Barrett Strong, Motown Singer and Temptations Songwriter, Dies at 81
Doom Patrol: Cancelled; HBO Max Series Not Getting a Fifth Season