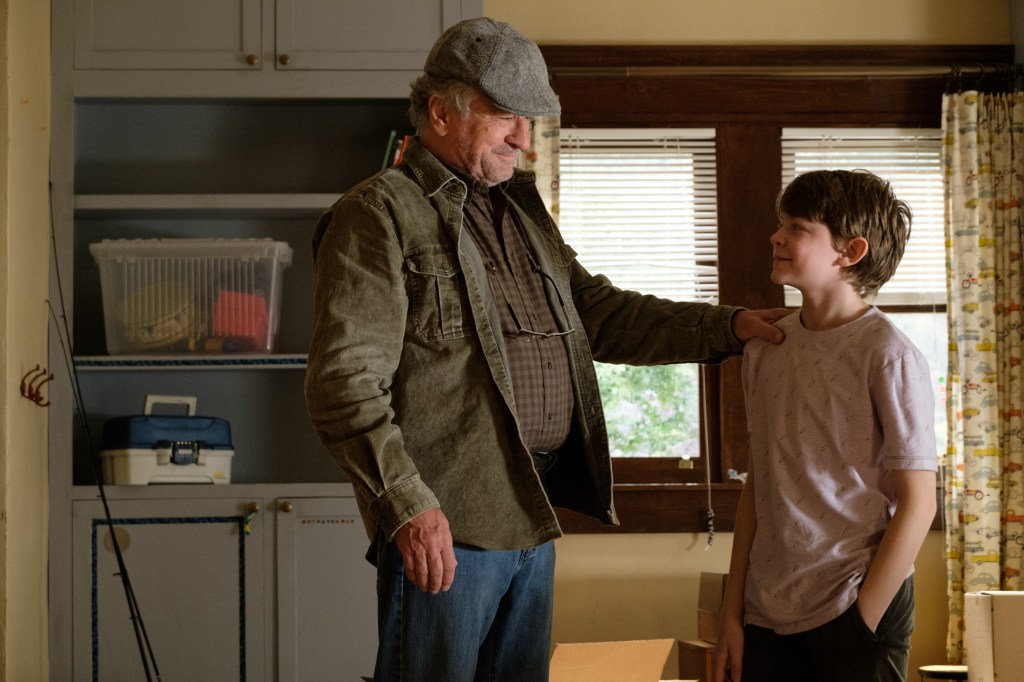 There has been some concern by industry insiders that the family film may have gone the way of the dinosaurs during the pandemic, particularly as Disney has taken its marquee theatrical releases Mulan and Soul to Disney+. Some of those maneuvers stem from polling which shows that families aren’t entirely ready to head back to the box office yet.

But extra props should be given here this weekend to 101 Studios, which is providing moms, dads, and kids with the Robert De Niro-Uma Thurman comedy The War With Grandpa, which secured $1M yesterday in a marketplace where only seven of No. 2 chain Regal’s 536 movie theaters are open, and with New York, Los Angeles, and New Mexico cinemas still closed. How do we know if families won’t come back until we test the waters? Don’t be surprised if War With Grandpa notches No. 1 this weekend, with an estimated take around $3M at 2,250 theaters. But we won’t know until tomorrow AM, as Warner Bros. continues to shield its Tenet estimates in Comscore.

And while Disney is over-protecting its fresh theatrical releases, they’re providing their classics in the pandemic marketplace, with the second weekend re-release of 1993’s Hocus Pocus earning $384K yesterday at 2,113 on its way to an estimated $1M, -50% from last weekend for a 10-day of $3.9M. Disney also re-released Pixar’s two-time Oscar winning Coco, which made $210K at 1,899 locations yesterday, on its way to around $600K in what looks to be a 6th place slot on the box office chart. Disney is benefitting from both sides of the coin here with Hocus Pocus. The movie aired on Freeform two days before its re-release last weekend, and the film is notably one of the most-watched features over Halloween week over the last five years on PVOD service Vudu, and even topped FandangoNow’s top movies last year over the holiday frame.

War With Grandpa, directed by Tim Hill and based on the 1984 novel by Robert Kimmel Smith, was originally made by the Weinstein Co. and Dimension. When that studio unwound, War With Grandpa became stuck in bankruptcy proceedings. I hear the pic’s producer Marvin Peart rescued the film and approached David Glasser’s 101 Studios, which provided a service deal to release the film.

TV spots for War With Grandpa and Tenet have been going the extra mile to remind viewers that movie theaters are open. Warner Bros. ran a spot for Tenet during Saturday Night Live last weekend, exclaiming “Big Theaters Are Open.” Unfortunately, the timing was bad, given that news leaked last Saturday about Cineworld and Regal ratcheting down. Nonetheless, it’s the type of messaging that all studios should be employing out there in all their online trailers and TV spots to spread the word that movie theaters are open. Independent distributors will have most of the wide entries until Oct. 23, when 20th Century Studios/Disney’s horror movie The Empty Man opens, followed by Focus Features/Amblin’s Come Play on Oct. 30, Kevin Costner-Diane Lane crime drama Let Him Go on Nov. 6, Universal/Blumhouse’s Freaky on Nov. 13, and on the Wednesday before Thanksgiving, Nov. 25, Sony’s Happiest Season and Universal/Dreamworks Animation’s The Croods: A New Age.

Entertainment social media monitor RelishMix gives a shoutout to the 30-second spot audience exit interviews which are part of the War With Grandpa‘s campaign, another positive nudge to encourage moviegoers to head back.

Also per RelishMIx: YouTube total views for War With Grandpa are just over 9M, boosted by a set of 18 videos on Facebook. Of the pic’s movie stars who are pushing actively on social are Jane Seymour (280K) with selfies from the shoot, Oakes Fegley (108K followers), and Rob Riggle (1.6M).

Says RelishMix, “Not a producer in town could have ever pitched this — but the potential for Grandpa in drive-ins is an obvious solid-fit as a family-fun outing, which is also mentioned in social conversation.”