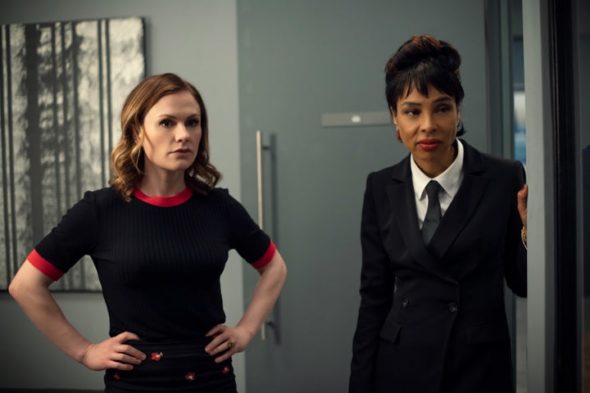 Flack will not premiere on Pop TV next week. In a surprising move, the series has been canceled just one week before its season two return. Per Deadline, producers for the show are looking for new home for the series, so fans could still see the second season.

Jimmy Mulville said the following about the potential future of the canceled series:

“It’s sad to end the show on Pop, the first season did well for them and UKTV. I’m confident that we’ll be able to find another home for the show. There’s no shortage of platforms.”

Flack was not the only series canceled by the network, per Variety. The network also canceled Best Intentions and Florida Girls. The three shows were canceled due to layoffs at the network. Those behind the shows canceled were informed of the decision earlier this week.

What do you think? Were you planning to watch season two of Flack next week? Are you surprised by its cancellation?