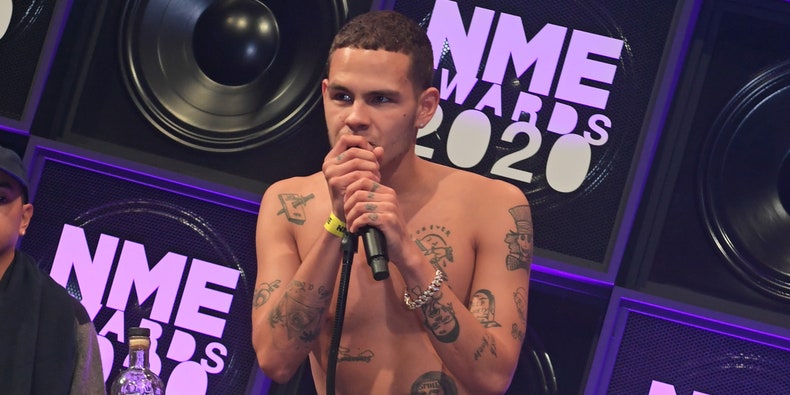 Tonight at the 2020 NME Awards, slowthai got into an altercation with an audience member. Following an onstage interaction with comedian Katherine Ryan (who co-hosted the event), slowthai ended his speech by accusing an audience member of “ruining” his remarks and tossed his microphone into the crowd. After both slowthai and someone in the crowd threw drinks at each other, the rapper then jumped into the audience and started shouting as security intervened. According to NME, slowthai subsequently left the event.

Reports from the event claim that the audience member called out slowthai for being a “misogynist.” Photos and video from the event (below) show the rapper’s interactions with Ryan.

Pitchfork has reached out to slowthai and Ryan’s representatives.