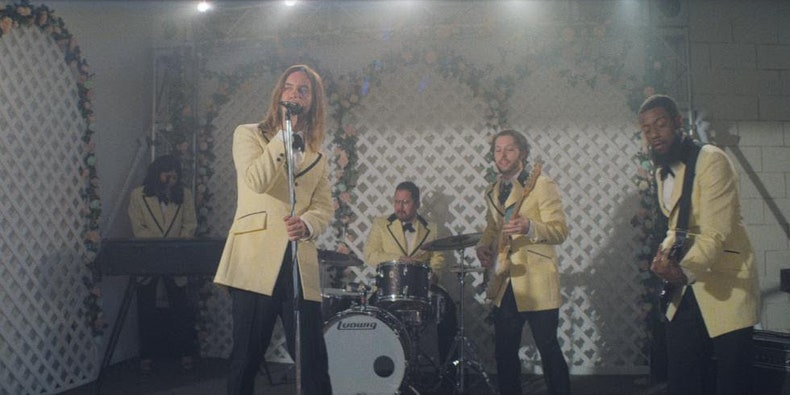 Tame Impala have shared the music video for “Lost in Yesterday.” It’s the band’s first song from The Slow Rush to get the official music video treatment. The retro visual, directed by Terri Timely, finds Kevin Parker leading the house band at weddings. Watch below.

The Slow Rush—Tame Impala’s follow-up to Currents—gets released on February 14. In addition to “Lost in Yesterday,” the band has shared the new record’s “Borderline,” “It Might Be Time,” and “Posthumous Forgiveness.”

Revisit the timeline “Everything Kevin Parker Has Done Since Tame Impala’s Last Album, 2015’s Currents,” on the Pitch.