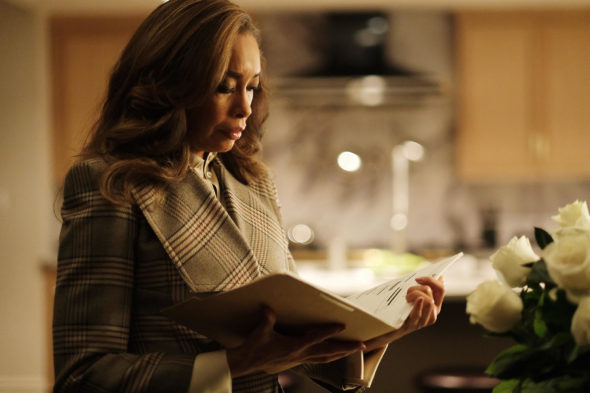 The Suits TV show was a big success for USA Network and ran for many seasons. Unfortunately, the same can’t be said for the Pearson spin-off series. After a disappointing run, the show has been cancelled so there won’t be a second season in 2020.

A legal and political drama, Pearson stars Gina Torres, Morgan Spector, Bethany Joy Lenz, Simon Kassianides, Eli Goree, Isabel Arraiza, and Chantel Riley, DB Woodside, and Betsy Brandt. The Suits spin-off centers on Jessica Pearson (Torres) who, after being disbarred, left New York City for the rough and tumble world of Chicago politics. Now she serves as the fixer for the Windy City’s working-class Mayor Bobby Novak (Spector), who is up for reelection. Jessica is just trying to reconcile her competitive nature and desire to win with her goal of doing the right thing.

The first season of Pearson averaged a meager 0.10 rating in the 18-49 demographic with 513,000 viewers. Of the nine recent scripted series on USA Network, Pearson ranks last in the demo and in eighth place in viewers (just above Mr. Robot, which ends on November 10th). The 10th and (now) final episode of Pearson aired on September 18th.

What do you think? Did you enjoy the Pearson TV show? Are you disappointed that there won’t be a second season of this USA Network series?

Zoe Saldaña Opens Up About Feeling ‘Stuck’ After Working On Major Franchises Like Avatar And Guardians Of The Galaxy For So Many Years
TRV Countdown Video of the Day – Jackie DeShannon “You’re Here For Me”
‘Strange World’ To Lose $147M: Why Theatrical Was Best Decision For Doomed Toon –Not Disney+– As Bob Iger Takes Over CEO From Bob Chapek
Ari Lennox Performs “Waste My Time” at the 2022 Soul Train Awards: Watch
Mclusky Postpone 2022 North American Tour