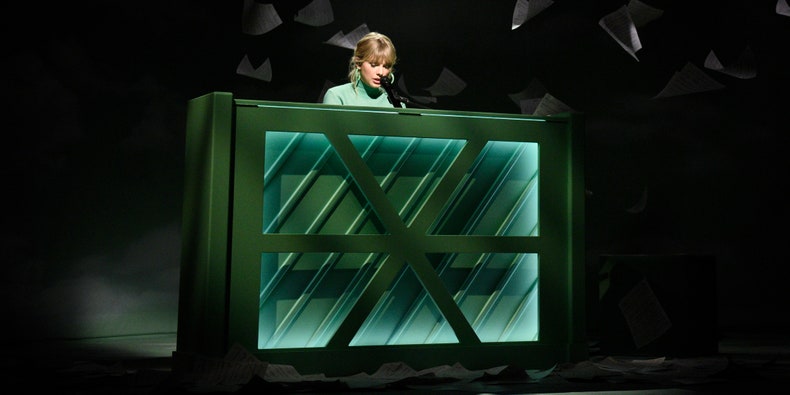 Taylor Swift returned to Saturday Night Live last night to play two songs from her new record Lover. She did “False God,” as well the album’s title track. Taylor played a stripped down solo piano version of “Lover” in a bright green room surrounded by floating sheet music. For “False God,” she was accompanied by a drummer, saxophonist, and back-up singers. Tonight marked the first time Tay has performed “False God” live. Swift last performed on SNL in November 2017. Check it out below.

Season 45 of Saturday Night Live kicked off last weekend with an episode hosted by Woody Harrelson. Billie Eilish was the musical guest. She played “bad guy” and “i love you.”

Taylor Swift heads out on her Lover tour in June 2020. She’ll play arena shows in Europe before heading to Brazil and then the United States. Get tickets here. (Pitchfork may earn a commission from purchases made through affiliate links on our site.)