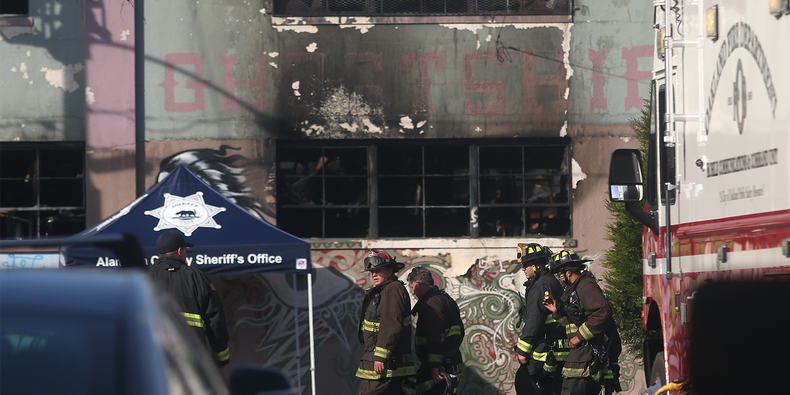 Derick Almena—the master tenant of the Oakland warehouse known as the Ghost Ship, where 36 people lost their lives during a devastating fire in late 2016—will be retried on multiple counts of involuntary manslaughter, as Bay Area Fox affiliate KTVU reports. Almena was arrested and charged in June 2017 for his role in the blaze, as was “creative director” Max Harris. In September, a jury acquitted Harris on all charges and deadlocked on coming to a verdict in the case of Almena.

Almena previously took a plea deal in July 2018, pleading no contest in exchange for a sentence of less than 10 years. That deal was subsequently rejected by the presiding judge after the judge stated that he did not feel Almena had accepted “full responsibility and remorse” for his part in the warehouse fire.

Revisit “After Ghost Ship Fire, Oakland DIY Grapples With a Broken System” on the Pitch.