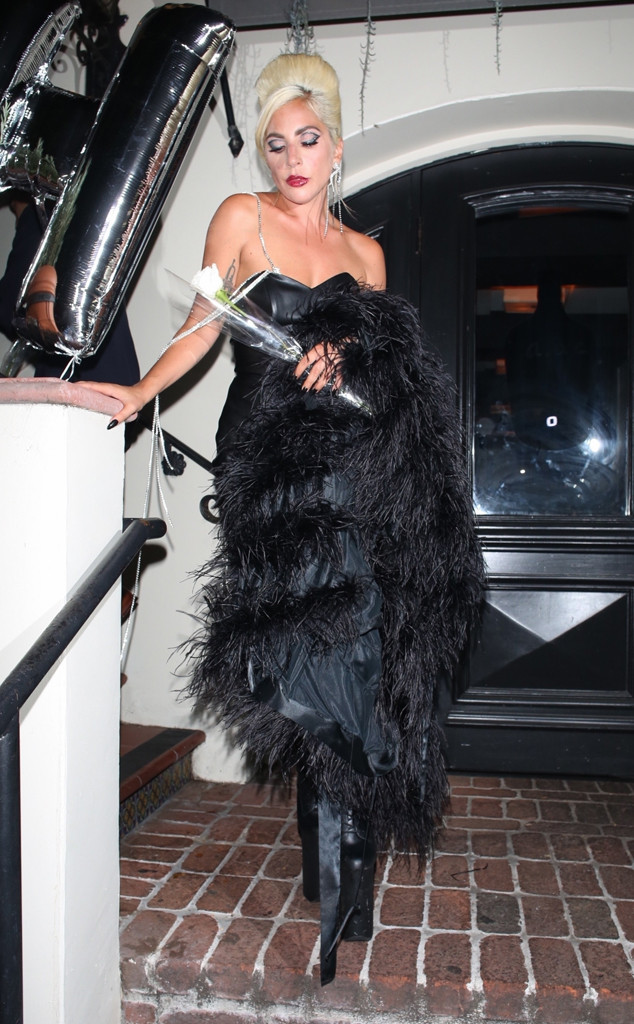 Happy birthday to the Star Is Born soundtrack!

But that’s not the only thing Lady Gaga—and everyone else involved in the hit film—are celebrating today.

According to Interscope, the 33-year-old actress and singer was presented with a plaque honoring the album’s sales milestones. As of today, the Star Is Born soundtrack has hit double-platinum status in the U.S. and more than 6 million copies have been sold globally.

To celebrate this huge milestone, Gaga debuted bubblegum pink hair on Instagram when she shared the news.

“A year ago, A Star was Born, and here we are 6 times pink platinum,” she wrote in her Instagram caption.

The soundtrack—which features, “Shallow,” the award-winning duet between Gaga and Bradley Cooper—has garnered much success since its release. Respectively, “Shallow” won two Grammy’s, including one for best pop duo/duo performance, an Oscar, and a Golden Globe during the 2019 awards season.

Plus, remember that iconic performance by Gaga and Cooper at the Oscars? I mean, that legendary performance deserved its own award.

The Star Is Born also had the biggest overall sales week for a soundtrack in over three years and is Gaga’s firth U.S. number-one album.

The soundtrack also became Gaga’s second album to top the chart for two consecutive weeks after her 2011 Born This Way.

Following the 91st Academy Awards, the Star Is Born soundtrack made its way back the Billboard 200 charts for a fourth non-consecutive week, becoming the artist’s longest-running number-one album in the country and also the first soundtrack to do since Frozen in 2013.

From the recent launch of her new cruelty-free and vegan makeup line Haus Labs, Gaga has a lot to celebrate these days.

Don’t miss E! News every weeknight at 7, only on E!

Travis Scott Bugatti Purchase Slammed by Family of 9-Year-Old Astroworld Victim
Kristy Sellars Hopes to Break Pole Dancing Stigma After ‘AGT’ Audition
Stephen Colbert Laughs Off Staff’s D.C. Arrests as Puppetry, No Insurrection
Taika Waititi Reveals The Hilarious Way The What We Do In The Shadows Movie Is Tied To The Hobbit Trilogy
A24’s ‘Marcel The Shell With Shoes On’ Makes A Splash – Specialty Box Office