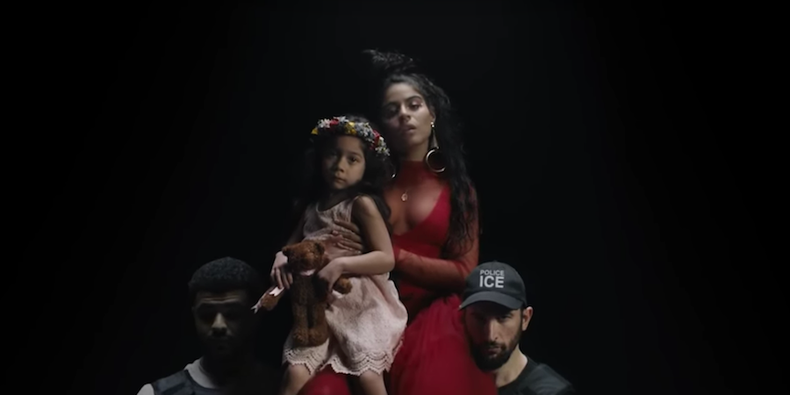 Canadian singer-songwriter Jessie Reyez has shared a music video for her brand new song “Far Away.” The Peter Huang-directed visual follows two lovers who are brutally separated by Immigration and Customs Enforcement (I.C.E.). Watch it below.

“Far Away” is from Reyez’s forthcoming debut album, which will arrive next year via FMLY/Island Records. Of her new song and its accompanying video, Reyez said in a press release:

Attachment. Attachment to someone is both something beautiful and something painful. Imagine finally finding your home in another human being but they’re stuck on the other side of this rock we’re all on. You’re left wanting nothing more than a hug -their hug- that simultaneously feels like a pillow and a drug. Somehow when they hurt, you hurt, when they smile, you smile. This is love suspended in animation, before it’s tainted by reality (because eventually all hearts break again) but in this moment, neither of you are running from one another—it’s only water and borders and God keeping you apart. Water and borders and God keeping you from home. This is pre-heart break; when both sets of lungs are still working and when you miss them and they miss you back- and you feel each other even when you’re far away.

Reyez asks that listeners visit her website for a list of charitable humanitarian organizations that are aiding the immigration crisis referenced in the visual for “Far Away.”

In 2018, Reyez appeared in Eminem’s Kamikaze visual for “Good Guy.” Earlier this year, she joined Anderson .Paak on tour.