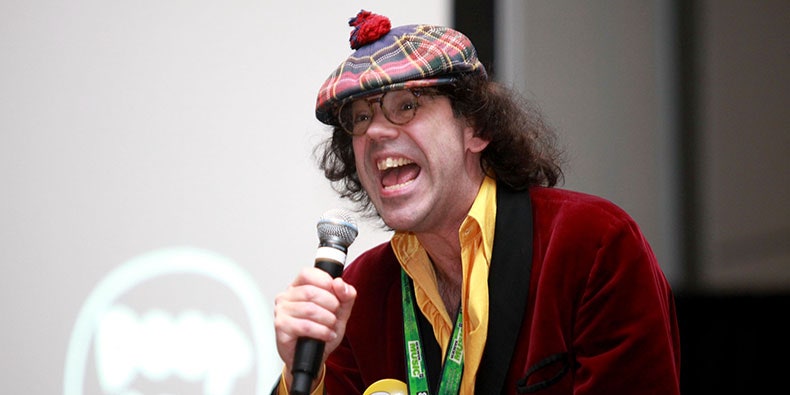 Nardwuar the Human Serviette—best known as simply Nardwuar—was honored by his hometown of Vancouver, British Columbia, Canada over the weekend. The city named Sunday, September 29 Nardwuar day, in recognition of his three decades working in music.

At the same event, the radio host and interviewer was also inducted into the BC Entertainment Hall of Fame, according to Exclaim! magazine. Nardwuar is known for his deep, thorough knowledge of his interview subjects, which have spanned nearly every corner of the music world: Ludacris, Cardi B, Steve Albini, Iggy Pop, DJ Khaled, and dozens of others. Last year, he spooked Lil Uzi Vert into fleeing their interview. The pair got together again in May, and once again, Uzi bolted.