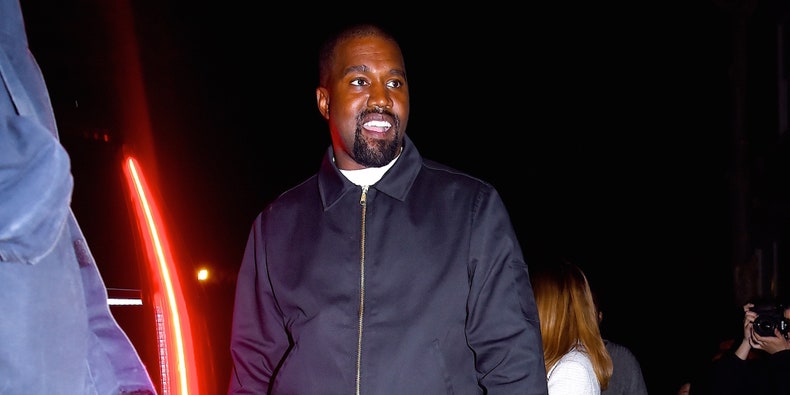 Kanye West has announced a documentary about the making of his new album Jesus Is King. Kanye previewed the film at an event at Detroit’s Fox Theatre called “Jesus Is King: A Kanye West Experience,” and again at a similar event Saturday night at Chicago’s Auditorium Theatre. The documentary, which is also titled Jesus Is King, premieres in IMAX theaters on Friday, October 25. Check out a poster for the film below.

The film follows West and a team of musicians at the Roden Crater, a new installation by the artist James Turrell in Arizona’s Painted Desert. There, the ensemble performs songs from Jesus Is King in the Sunday Service format he’s deployed in Chicago, Atlanta, Detroit, and at Coachella.

Jesus Is King was supposed to arrive on Friday, September 27 and was pushed back to September 29, but as of 1:26 a.m., it has yet to appear. The album was initially teased back in August, when Kanye’s wife Kim Kardashian West hinted at its release by tweeting a photo of a handwritten tracklist and the date September 27. On September 27, Kim tweeted a new handwritten tracklist, featuring a track called “New Body,” which Kanye has reportedly been working for some time.

Revisit the feature “What We Saw at Kanye’s ye Listening Party in Wyoming.”

Hellboy’s David Harbour Drops F-Bomb Sharing What He Learned From Working On The 2019 Reboot
Built to Spill Announce 2023 U.S. Tour
Ye24 Merch for Kanye West’s Potential Presidential Run Floods Sites
Watch Keke Palmer Do Her Angela Bassett Impression In Front Of The Black Panther 2 Star Herself
After Emancipation Screened For A Star-Studded Audience (Including Dave Chappelle), Will Smith Had A Funny Take