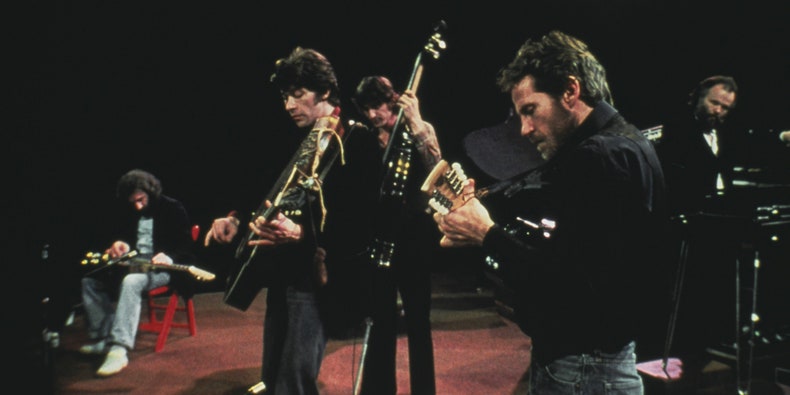 The Band are reissuing their 1969 self-titled sophomore album to celebrate the 50th anniversary of its release. A super deluxe limited edition version of The Band is slated to arrive November 15. You can pre-order it here.

The reissue will feature a new stereo mix of the album that engineer Bob Clearmountain made from the original analog masters, as well as classic photos, the group’s previously unreleased 1969 “Live At Woodstock” performance, Classic Albums: The Band documentary, and thirteen bonus tracks.

The super deluxe reissue of The Band is cut at 45RPM and available on two 180-Gram LPs. Additionally, a reproduction of the Band’s 1969 7″ vinyl single for “Rag Mama Rag” with a B-side of “The Unfaithful Servant.” Listen to the alternate version of “Rag Mama Rag” below (via Consequence of Sound).

Read “The Band Before They Were The Band: A Listening Guide” over on the Pitch.