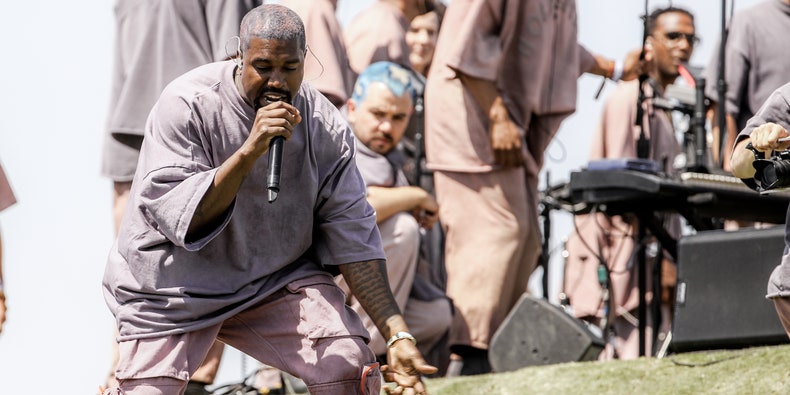 Kanye West’s new studio album Jesus Is King was originally slated for release today (September 27), however the album has yet to materialize. After hosting a Sunday Service performance in Detroit, as well as a listening event at the city’s Fox Theatre, Kanye’s wife Kim Kardashian West has announced that the new album will arrive Sunday (September 29). “Kanye is doing a listening session in Chicago tomorrow, then NYC Sunday” Kim wrote in an Instagram story (viewed by Pitchfork). “He’s dropping the album Sunday. Just a few final tweaks to the mixes.”

In the same Instagram story, Kim also mentioned that during the event in Detroit (titled “Jesus Is King: A Kanye West Experience” Kanye showed “a small clip” of the making of his IMAX film Jesus Is Lord.” I can’t wait for you guys to see this @imax film in October,” she added.

Jesus Is King was initially teased back in August, when Kanye’s wife Kim Kardashian West hinted at its release by tweeting a photo of a handwritten tracklist and the date September 27. Tonight, Kim tweeted a new handwritten tracklist, featuring a track called “New Body,” which Kanye has reportedly been working for some time.

Roughly a year before teasing Jesus Is King, Kanye announced that his next album would be titled Yandhi. The project was originally slated for a release date of September 29, 2018. The album did not arrive on that date, and was subsequently delayed, and then postponed indefinitely. Ye’s last words on Yandhi were: “I’ll announce the release date once it’s done.”