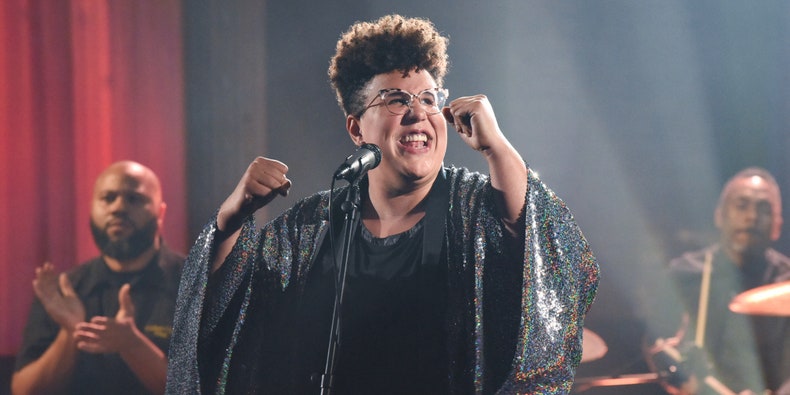 Brittany Howard stopped by The Late Show with Stephen Colbert to perform “Stay High,” from her new solo album Jaime. Watch a clip of her performance below.

The Alabama Shakes frontwoman released Jaime earlier this month. Discussing “Stay High” on the “Song Exploder” podcast, Howard said, “I knew immediately [the lyrics] were supposed to juxtapose how dreamy and playful and innocent and childlike the music was. To me the music is like sunlight.” Its music video featured the actor Terry Crews (Brooklyn Nine-Nine, The Expendables).