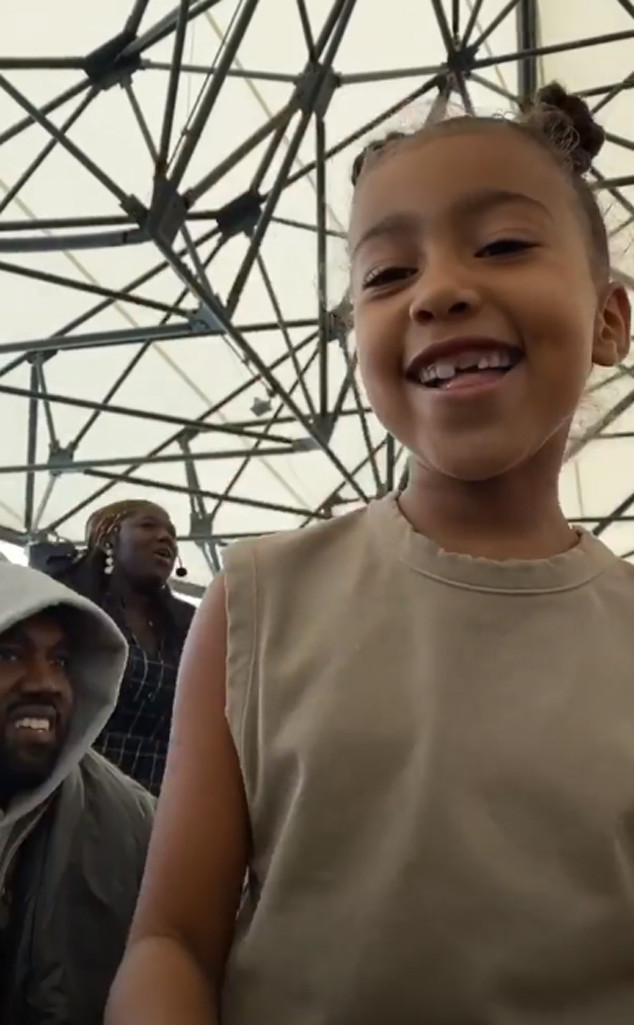 North West took the stage alongside her famous father, Kanye West, at his “Sunday Service” event, held at the Aretha Franklin Amphitheatre in Detroit on Friday. In videos posted to Kim Kardashian‘s Instagram Story, North, 6, can be seen singing along on the stage with Kanye, as well as fellow performers and choir members.

Today is the day that the Grammy winner’s highly-anticipated new album, Jesus Is King, is set for release. However, reports surfaced this week stating that the album might not be dropping on its expected date. Kim was actually the first to announce her husband’s new album in August, posting the tracklist on social media along with the date, “9.27.19.” One of the tracks on the released list, titled “Water,” was performed by Kanye during his Coachella Sunday Service in April.

Over the past year, Kanye’s Sunday Services have been attended by a number of A-list celebs, including Chance the Rapper, Brad Pitt, Katy Perry and Orlando Bloom.

Earlier this month, Chance the Rapper was asked how to score an invite to one of Kanye’s Sunday Services.

“You have to know somebody,” he said on Lights Out With David Spade, adding that the services are “very, very Christ based.”

“I wouldn’t even say churchy,” Chance added, also sharing that the services are “dope.”

Kim has also previously explained that Kanye’s services are more of a “healing experience.”

Take a look at the video above to see North singing along at the services!

Watch a brand new episode of Keeping Up With the Kardashians Sunday, Oct. 6, at 9 p.m., only on E!