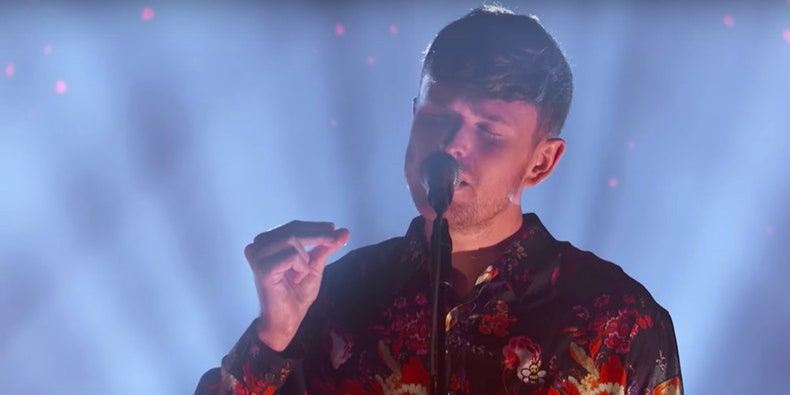 Tonight’s episode of Jimmy Kimmel Live! was scheduled to feature appearances from Vice President Joe Biden and James Blake. However, because the conversation with Biden ran long, Blake’s performance didn’t air on television. It was, however, uploaded to YouTube. Watch Blake perform his Assume Form single “Are You in Love?” below.

In the time since Blake released Assume Form earlier this year, Blake collaborated with Bon Iver on the new album i,i. He also appeared on “Ellen,” joined Rosalía at Primavera Sound, dropped the bonus track “Mulholland,” and released a new music video for “Can’t Believe the Way We Flow.”

Read “James Blake’s 5 Best Collaborations (So Far)” on the Pitch.