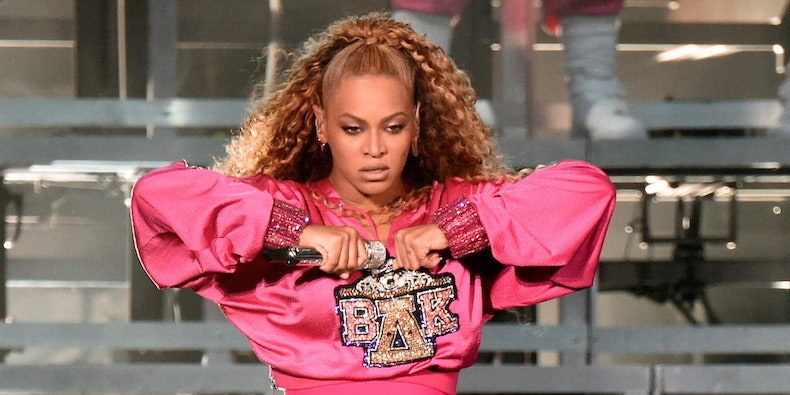 Last night, the Emmys began its first round of awards for 2019, beginning with Creative Arts categories. Beyoncé’s Homecoming documentary on Netflix was nominated for six of those awards, but it took home none, as The Hollywood Reporter points out.

Homecoming documents Beyoncé’s performances at Coachella in 2018, which were such a sensation that they became known as “Beychella.” The film was nominated for a handful of awards among other variety specials and non-fiction programming: Outstanding Variety Special (pre-recorded), Costumes, Music Direction, Production Design, Writing, and Directing.

The special was beat in every category, however. Springsteen on Broadway won for Directing, while Ru Paul’s Drag Race took home the trophy for Costumes, and the live television production of RENT won for Production Design. FX’s Fosse/Verdon won for Music Direction, and Hannah Gadsby’s Nanette won for Writing. Carpool Karaoke: When Corden Met McCartney Live From Liverpool won for Outstanding Variety Special (pre-recorded).

Read “Review: Beyoncé’s HOMECOMING Film Is Her Latest Act of Meticulous Archiving” over on the Pitch.