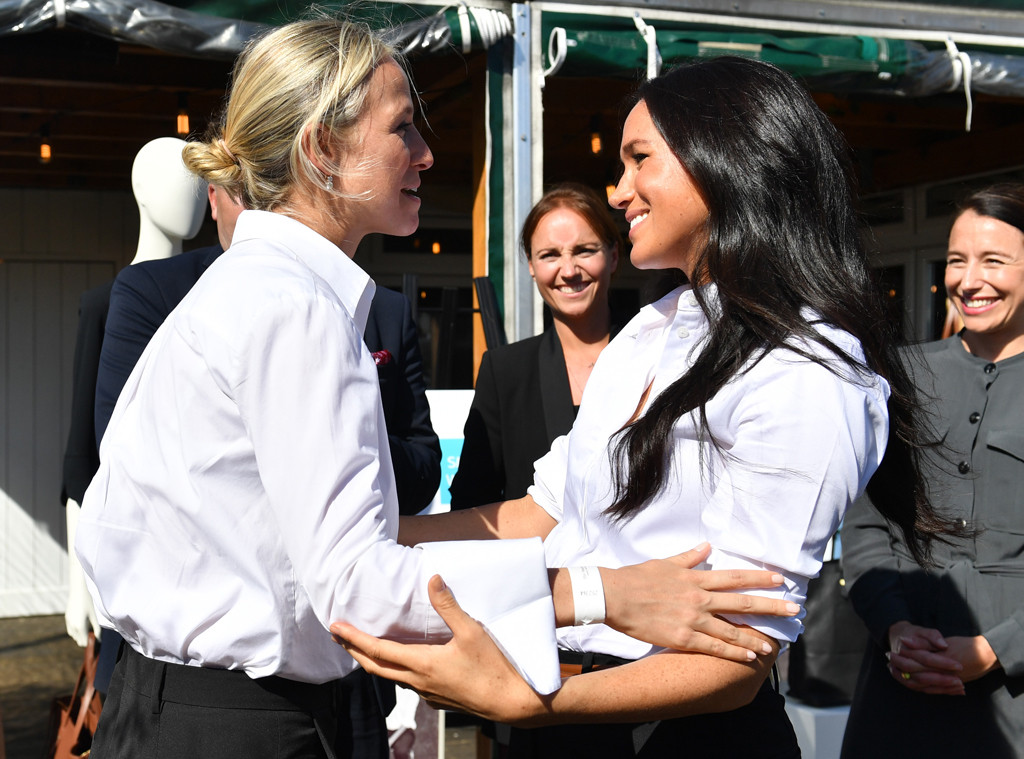 Misha Nonoo is taking a stand for her royal friend.

Amid ongoing criticism and backlash toward Duchess of Sussex Meghan Markle, her designer BFF defended the woman she’s known since before her royal ties.

In an interview with Today‘s Keir Simmons, Nonoo shared her stance on the criticism her friend has faced. ”I think it’s unjust and I think that people should really focus on the good work that they do—a prime example of that is this,” she said, referencing Markle’s Thursday launch of the Smart Set capsule collection, a line created with four brands and in collaboration with UK charity Smart Works to help unemployed women re-enter the workforce. Nonoo created a white collared shirt for the collection.

“It’s her first official engagement after having had her baby and it’s all about empowering women, it’s all about what she has essentially always sought to do,” Nonoo pointed out to Simmons.

Nonoo also spoke to the authenticity of Markle’s royal work, explaining, “I think that that was something that her and I bonded over from very early days of our relationship was that she genuinely seeks to help people.”

As for the two friends working together on the collection, the designer had a glowing review of Archie Harrison‘s famous mom.

“She’s been amazing. She’s the consummate professional. She’s been extremely hands-on in the project,” Nonoo described to Simmons. “It’s something that she’s really passionate about.”

After all, few know you like your best gal pals. “I’m so proud of Meghan and all her hard work—always—but this in particular,” the designer told Vanity Fair. “It’s a brilliant idea and I think it’s going to have a real impact on people’s lives. It’s been a lot of work but she’s always been so hard working. She’s so intelligent, she’s a very clever lady, and the ideas she comes up with are very innovative and forward thinking.”

(E! and NBC are both part of the NBCUniversal family.)