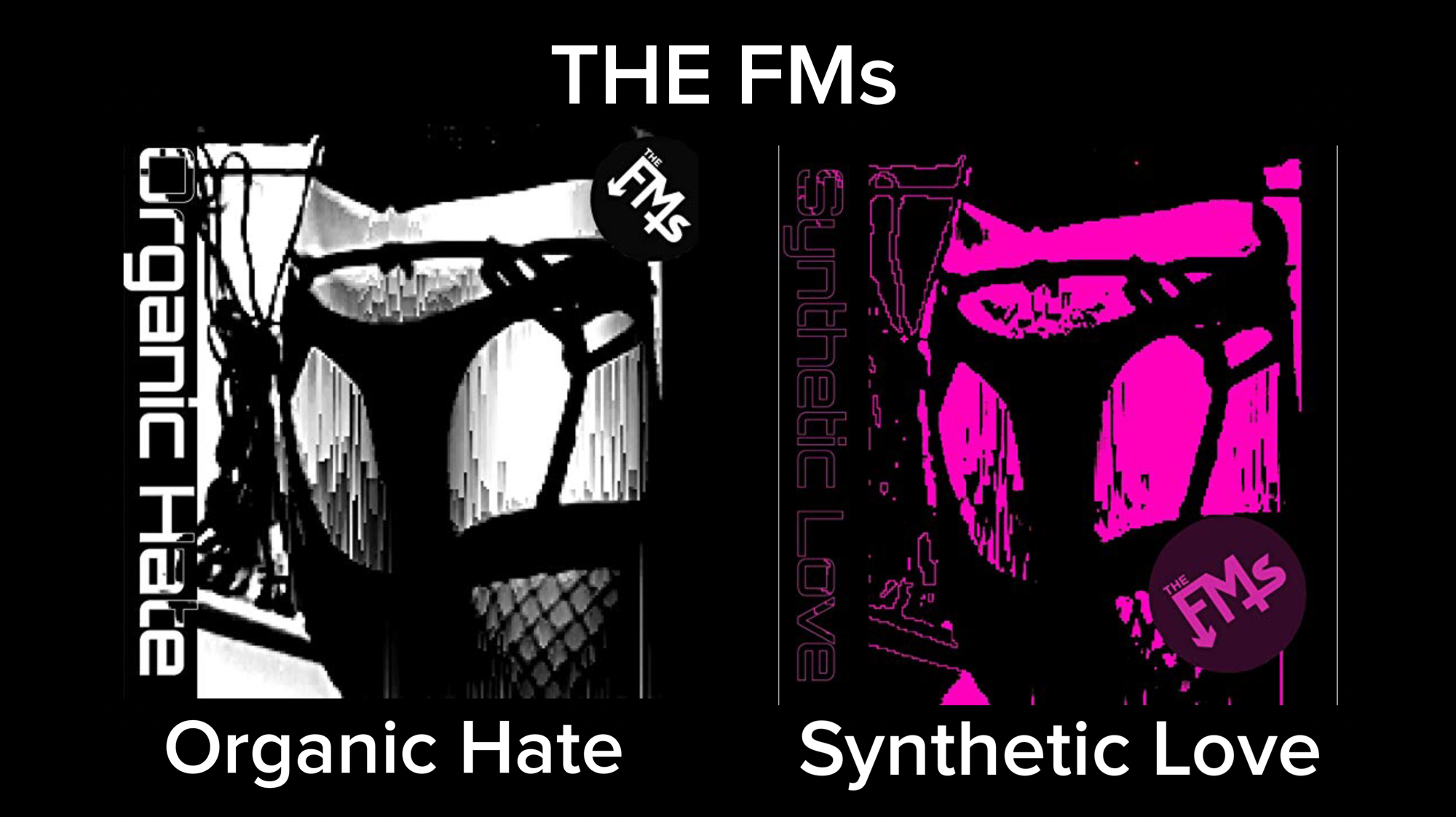 The FMs have just released their highly anticipated Double Remix EP’s “Organic Hate” and “Synthetic Love” which are now available for download and streaming worldwide through ADIM Records.

“Organic Hate” and “Synthetic Love” has been unveiled in celebration of the two year anniversary of The FMs debut album “Machinacene Epoch.”

The FMs (femmes, female to males, fuck me sillies) are a Brooklyn based group combining elements of industrial/synth/pop with a glam/punk attitude, advancing androgyny and activism. Dancing shoegaze machines menacing hymns on the future zeitgeist. Symphonic stoner rock nightmares. The FMs’ bizarro live shows incorporate gender bending interpretive dance with powerful electric insanity evoking a contemporary nihilist take on 1970’s glam antics. Condoms are gifted while demanding folks stop overpopulating the planet. At times everyone tries to twerk. The FMs simply want to save the world without being dicks about it.

The FMs are featured in the hit Showtime movie “Fluidity,” performing live the new single “Change Your Men Up.” “Fluidity” is a story of ten millennials living in New York City whose sexual lives intersect in the age of social media – where likes, impressions, and virtual “connections” threaten the very notion of personal relationships and human intimacy. The film was written by Michael Leeds and Linda Yellen (who also directs the film) and stars Nico Tortorella, Isabella Farrell, Tommy Dorfman, Leyna Bloom and Miles McMillan. The new single featured in “Fluidity” was remixed by Patrick Seymour of The Eurythmics.

“Organic Hate” and  “Synthetic Love” are now available on all digital/ streaming platforms.

The official website for The FMs may be found at https://www.thefmsmusic.com

The official website for ADIM may be found at https://www.ADIMRecords.com

The trailer for Fluidity can be found at https://www.youtube.com/watch?v=UTrcBLhiywM