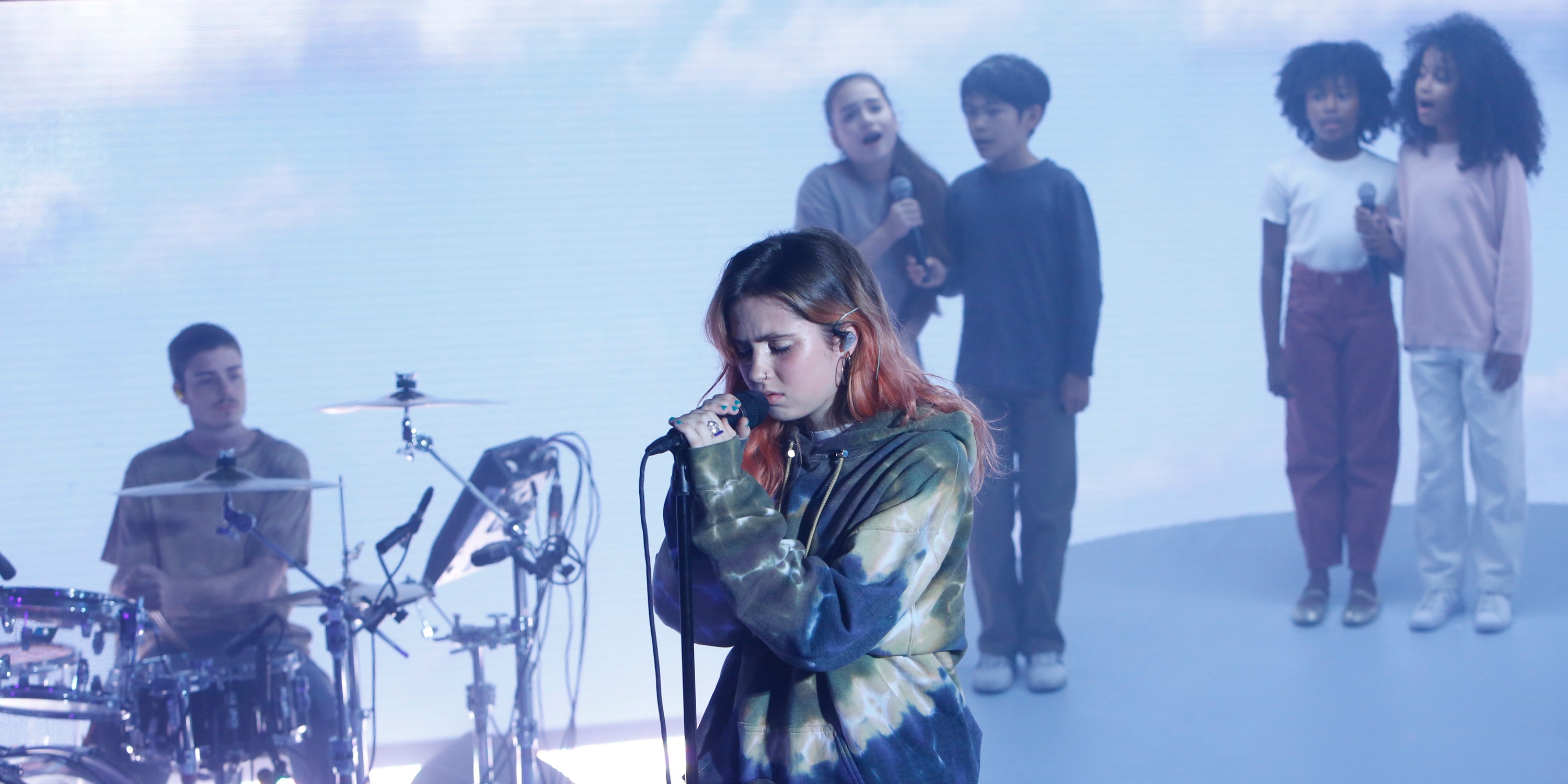 Clairo stopped by “Jimmy Kimmel Live!“ Thursday night to perform “I Wouldn’t Ask You,” the closing song on her debut Immunity. In addition to her backing band, she was joined by a children’s choir for the performance. Check that out below.

Clairo released Immunity in August. She co-produced the album with Rostam Batmanglij. Recently, she joined Mura Masa on a new song called “I Don’t Think I Can Do This Again.” Clairo will heading out on a fall tour of North America at the end of September.

Read Pitchfork’s feature profile “Clairo Has Something to Prove.”

Angela Bassett Recalls How A 12-Year-Old Keke Palmer Actually Got Her The Role As Her Mother In Akeelah And The Bee
James McAvoy Reveals How He Broke His Hand In M. Night Shyamalan’s Split, And Where You Can Spot It In The Movie
Robert Pattinson’s First Movie Following The Batman Drops First Look And Release Date
DaBaby Upsets Lion During Trip to Dubai Zoo
Ye24 Merch for Kanye West’s Potential Presidential Run Floods Sites