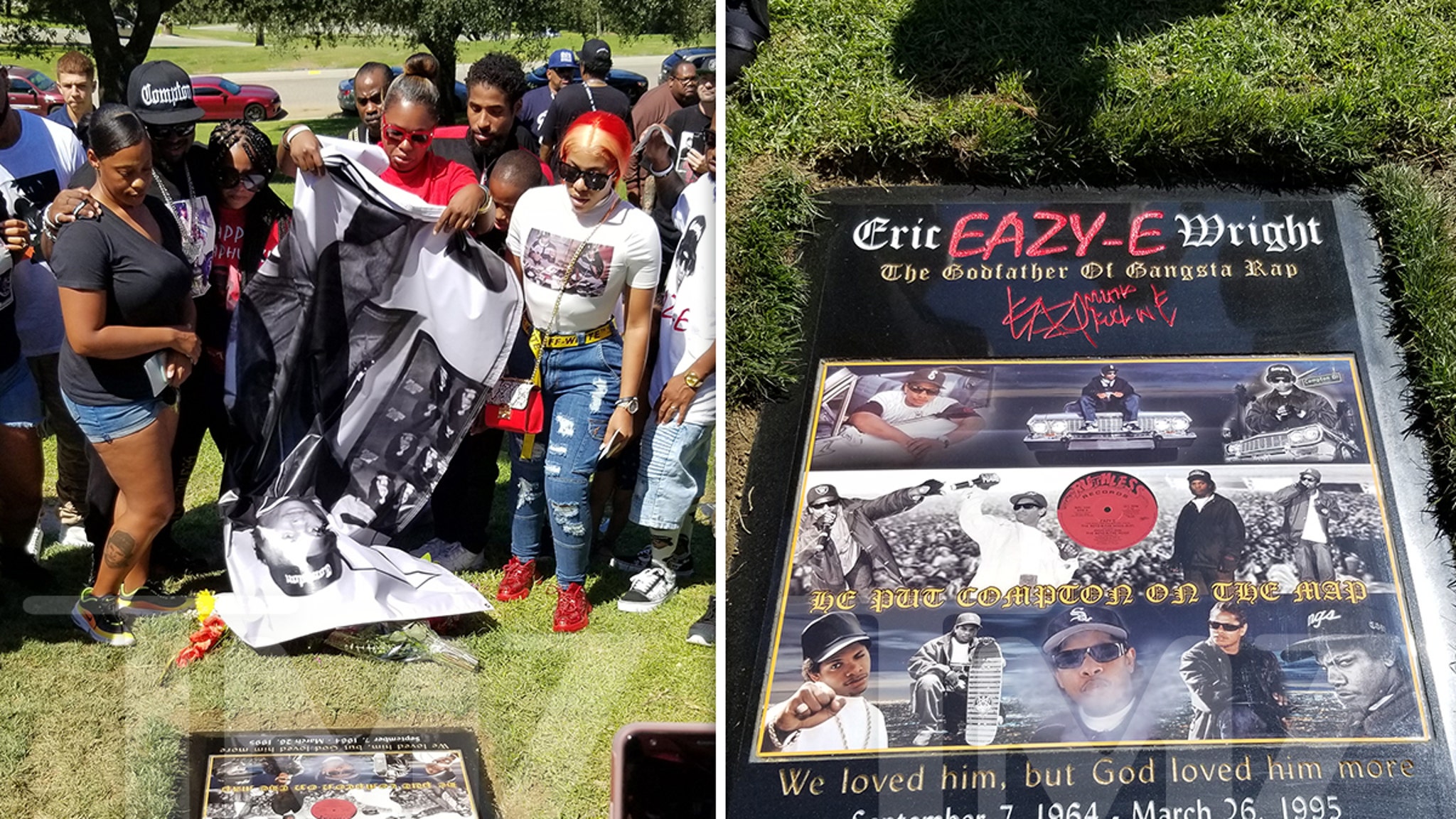 Eazy-E would’ve been happy about this — his family just put in a new tombstone over his grave that’s worthy of his excellence … and that’s properly fact-checked too.

The unveiling of E’s new headstone went down Saturday at the Rose Hill Cemetery in Whittier, CA — where his kids, friends, fam and die-hard fans came out to show the world a newly commissioned engraving that was way more decked out than his OG slab.

It also included his correct date of birth, with the right year … 1964, not 1963 as his tombstone had indicated for years since he was buried in the ’90s.

I want a tombstone like eazy e when I pass😢 pic.twitter.com/PizJ2Lbgrb

Besides that, the headstone is truly a work of art — with photos of Eazy from his NWA days, and a new title that reads, “The Godfather of Gangsta Rap.” It includes the same line from his old tombstone — “We loved him, but God loved him more” — but has an additional remembrance as well … “He Put Compton On The Map.” Yep, he sure did.

Eazy’s kids have told the media that this is something they’ve wanted to do for a long time for their dad, as the old grave site was, frankly, not up to par … not to mention misleading.

What makes the day so special in addition to the new headstone itself is the fact that it was put on display on what would’ve been Eazy’s 55th birthday.

The rapper died in 1995 from complications due to HIV/AIDS. He was only 30 years old.

‘Top Gun’ Tops $1B WW, ‘Jurassic World Dominion’ Nears $750M Global ‘& ‘Elvis’ Enters With $51M- International Box Office
The Rock Continues Run Of Sweet Gestures After Getting Invited To Special Needs School’s Luau Dance
Black Adam: Release Date, Cast And Everything Else We Know About The Dwayne Johnson Movie
TRV Countdown Video of the Day – Kevin Gates – Bad For Me (Official Music Video)
Ahead Of His Zeus Debut In Thor: Love And Thunder, Russell Crowe Is Joining A Supernatural Thriller