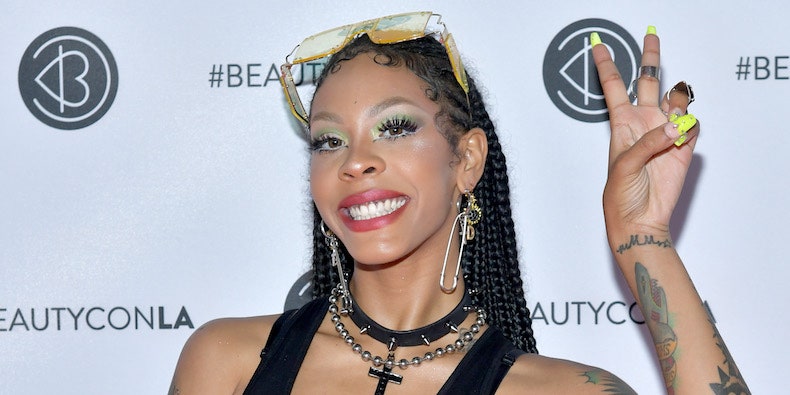 Rico Nasty has released a new song, dropping it by surprise tonight. It’s called “Fashion Week,” and you can listen to it below.

The track is the latest in a string of new music from the rapper, who released Anger Management with Kenny Beats in May. She’s appeared as a guest on tracks like Doja Cat’s “Tia Tamera” and Injury Reserve’s “Jawbreaker.” In July, she released “Time Flies.” She also made a cameo in Megan Thee Stallion’s video for “Hot Girl Summer.”

Read about “Rico Nasty and the Importance of Black Women’s Anger” on the Pitch, and “How Rico Nasty’s Rapper Dad, Churchgoing Mom, and Bossy Son Help Shape Her Music” on Levels.