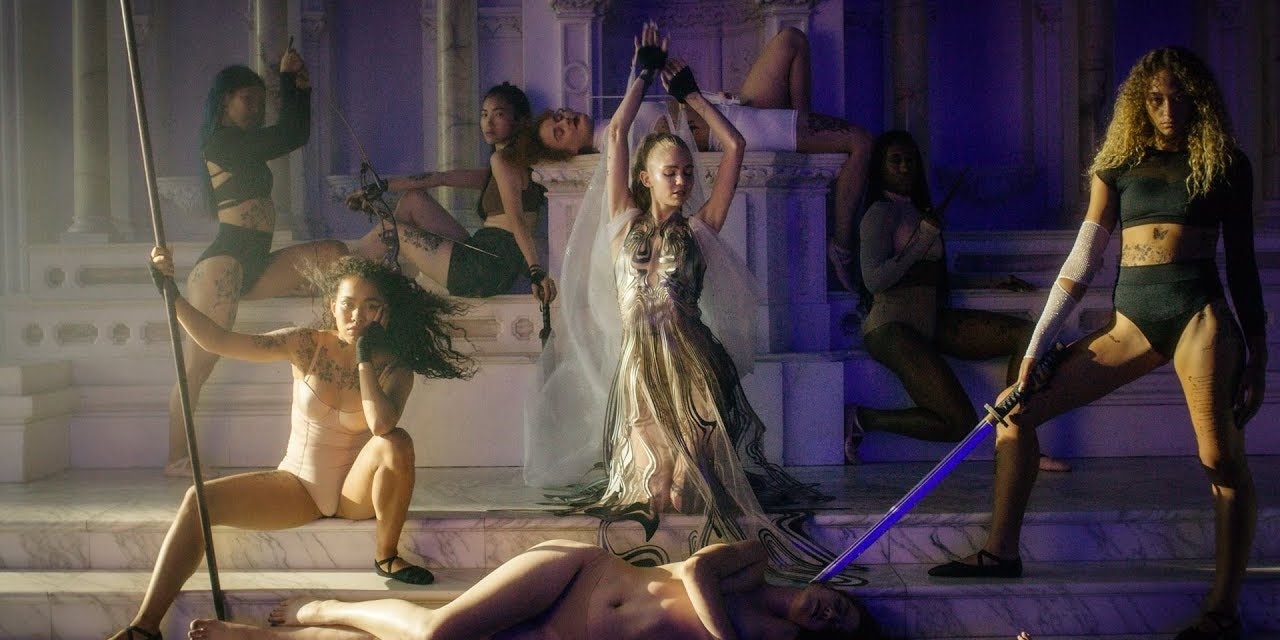 Grimes has shared a new song with DJ/producer i_o called “Violence.” It arrives with a new music video. Check it out below.

“Violence” follows Grimes’ comeback single “We Appreciate Power,” as well as the demo for the song “Pretty Dark.” Grimes has said that her new album Miss_Anthrop0cene, the follow-up to her 2015 record Art Angels, is due out later this year.

Read “Everything Grimes Has Done Since Her Last Album, 2015’s Art Angels” on the Pitch. Check out the “Pitchfork Guide to New Albums, Fall 2019.”