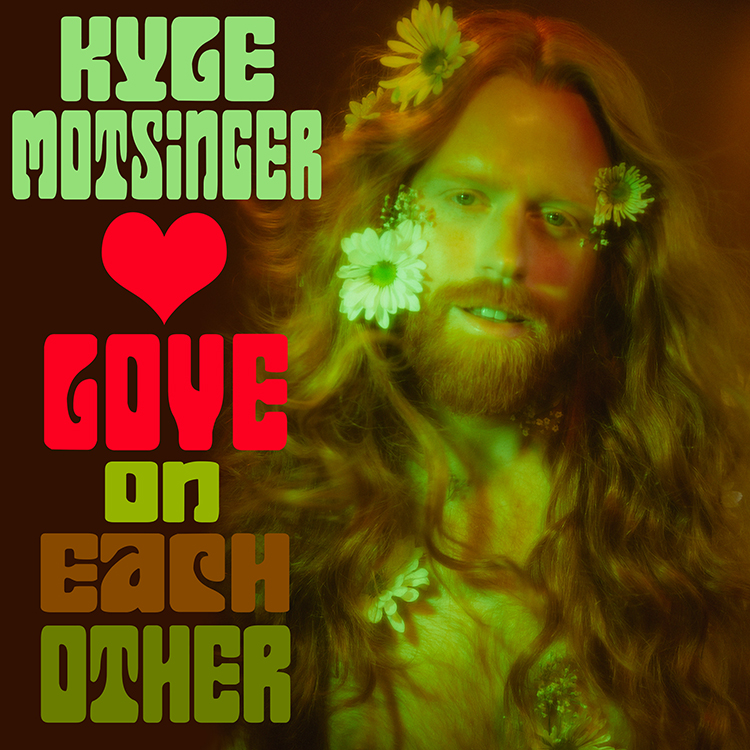 Kyle Motsinger has just released his highly anticipated new single “Love On Each Other,” the follow up to his successful hit “Dark Shadows.”

Kyle Motsinger is a NYC singer/songwriter living in NYC who writes theatrical pop/rock music. His new single “Love On Each Other” is the first single from his upcoming sophomore album that will be released this winter.

Notes on the new single in the words of the singer himself, Kyle Motsinger:

In dark times we need to ‘Love on Each Other’ in order to get through. The concept of my new single isn’t new. It’s been echoed in many songs including a very famous one I happen to reference in mine. So why do we have to keep saying it? Why did I write yet another song about spreading love? Well, unfortunately there seems to be a lack of it in the world right now. Fear drives people to lash out at those who are different. Crowds are chanting against immigrants and transgender people are being murdered in the streets. Every day I’m alarmed at the injustices that are being committed. There’s an imbalance of hate over love.

The title of the song came from a Facebook post by my friend and fellow artist Colleen Harris. She was upset over one of the many horrible news stories we’ve seen in the last few years. She said we needed to ‘Love on Each Other’ and the gears in my head immediately started turning. I felt inspired to write this new song in hopes that it would inspire everyone like Colleen’s post had inspired me. I wanted to make it as fun and bubbly as I could. I wanted to bring positivity and spread love with it. I blended the kind of styles of pop together that made me smile and that’s how the sound was created. I worked with producer and fellow singer/songwriter Corey Tut to refine the track and record my vocals. Mark Hartman, who arranged brass for my song ‘War on Christmas,’ wrote the violin parts that gave it a disco flair! It’s a sneak peak of the more upbeat sound I’m cultivating for my Sophomore album that will be released this winter! I hope everyone takes away from the song that we have the power to change the world if we open our hearts and “Love on Each Other!”

Listen to “Love On Each Other” on Spotify here:

Purchase “Love On Each Other” on iTunes here: