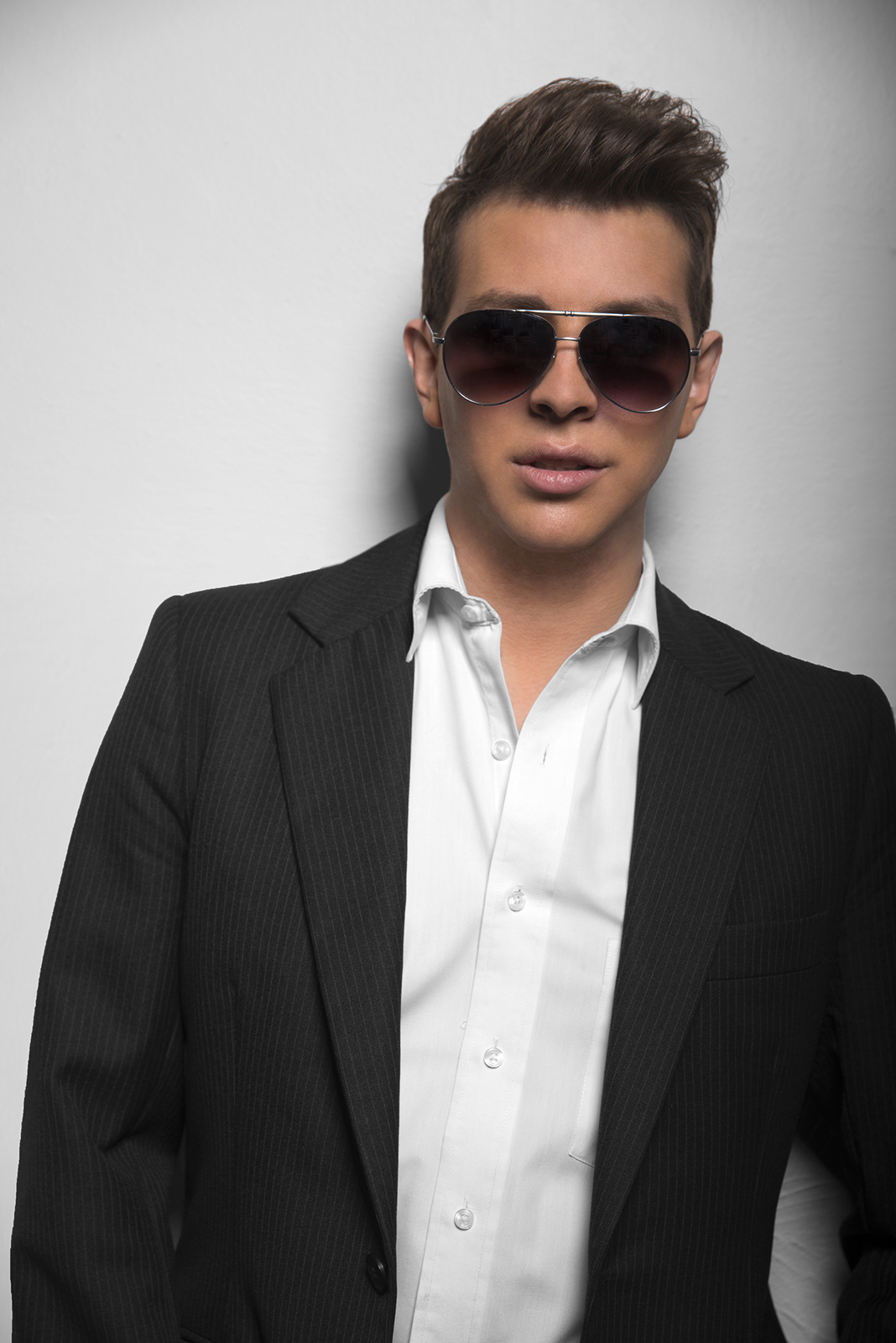 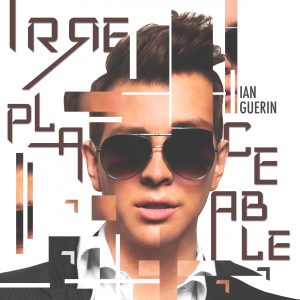 “Irreplaceable,” is the title of singer, songwriter, and producer’s Ian Guerin’s triumphant new album, however it also describes his irreplaceable velvet and passionate voice and the titanic talent belonging to its creator. Already celebrating several successful singles generated from the album including: “Cry”, UK Best R&B Soul Song of the Year, UK #1 single “Roll the Dice”, and “Free Time”, four-time award winning U.K. #1 single, which was just released in the US.

Like a raging tsunami Ian Guerin vibrantly and authentically writes songs from the heart…or should I say the heartbreak. Carefully choosing his lyrics, Ian sings from his soul. His R&B romantic touch defines his style and celebrates his destiny. His candid honesty goes beyond all smoke and mirrors. He tells the truth no matter how much it hurts.

What inspired your album?

What started the album was a series of unfortunate events, and I’m not trying to quote the movie when I say that. It really was like that. I had a first album come out in 2012 called “Madsexy”, and it was a pop album. That didn’t go so well because I wasn’t so into pop when I first started so I started recording R&B songs for girls that I dated. I didn’t have any money, so I gifted the songs to them. They didn’t really appreciate it because I was in music, so they thought it wasn’t very hard for me to do, they expected something better.

And you gave them your songs from your heart….didn’t you?

Yeah, I did. I never saw a reaction of “oh I really like this” or “I really appreciate it”. It was never like that. So I started thinking. The songs that I write for them are the songs that I really like to sing. I had an advisor back then who is a close friend of mine from LA and he told me if I was going to cross over that now was the time to do it. He thought I should put out an album that really reflects who I am. In the videos that I made for the pop music I was in sneakers and all that, something that I would never do, I wasn’t comfortable. So I started thinking about that and I had had a few unfortunate experiences with some of the girls that I dated. I wrote songs to gift to them but then I also wrote songs about how I felt after they dumped me. They all did. I never left because of me, or because I wanted to. 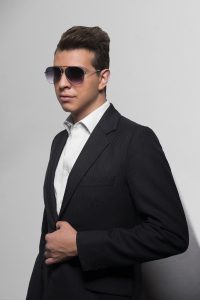 I know, my sister tells me that all the time. She says I need someone with a lot more spice. So I took out those demos and listened to them and discovered that the songs that I had written after the break ups were actually pretty good. I started dissecting them. I started taking the parts that worked. I figured that although the songs might not work for an album some of the parts do. So I created the first song which was, “Cry.” I pieced it out from a series of songs that I didn’t use previously and it turned out to be pretty good. People liked it a lot. The next few songs just came about when I remembered what I had gone through. I started writing about all of those experiences. I always say that “Irreplaceable” is like a cleansing experience. It opened the door for the next albums that I will put out. The next albums will be from a fresher, happier perspective, but I have to get all the shit out first.

I get it and sometimes that makes for the best songs because they are authentic.

I tell the stories from beginning to end and if you read the lyrics you’ll find out that there are no bridges that repeat themselves except for one or two songs. It’s more than a letter to them, they are all the stories that happened. I have a lot of issues communicating this during the show. I talk a lot. I usually only have 30 to 40 minutes to do my set and then I talk a lot in between. So if people are at a festival and they aren’t really that connected they don’t get why that guy up there keeps talking for five minutes instead of singing. I like to tell the story.

Who are your musical influencing artists currently?

My current biggest has to be Madonna. I wasn’t as fond of her except for “Hard Candy” & “Confessions,” but her new album really had me exploring her back catalog & understanding her vision; it had me basically becoming a true fan of hers. Also, an indie electro artist called Alexander V, Anna Loos, who is a fantastic artist that my father introduced me to, and Robyn. They’re kind of Billie Eilish’s musical mothers.

I’ve also been hearing a lot of Kirk Franklin & Fred Astaire too, and somehow the mix of them all will end up in my sound. I’m a true eclectic. I can go from Fred Astaire to Calvin Harris and appreciate the core of each vision. I almost forgot I’m also a musical influence to myself lately. I dig my new album a lot —it’s truthfulness and it’s mix of R&B/Pop & Jazz. It really does mix the best of all my favorite sonic flavors. My favorites of mine right now: ‘Free Time,’ ‘Feature in Your Life,’ ‘The Place’ & ‘Cry.’

If you could perform with anyone in the world, who would that be?

Mr. Tony Bennett. Mariah Carey is my living favorite. But a duet with Mr. Bennett (who I secretly call uncle Tony) is a dream ever since I can remember. I know my fans will be surprised it’s not MC, MJ, Prince or Janet, but it’s Tony Bennett. Recording a duet with him as seen in his “The Zen of Bennett” Netflix Documentary, both properly suited-up, singing a standard, him telling me stories & giving me pointers & having me there cause he thinks I’m cool enough. Damn, I’m smiling as I say it. I can’t remember ever since when I want this, but I know I want it just as bad as the first time it crossed my mind.

If you could have your ultimate stage fantasy what would you want to happen?

Do you want the big crowd answer? 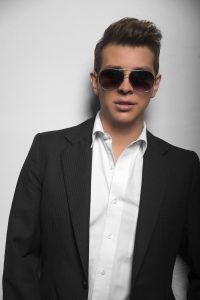 No one has asked me that before. I do have one, and I think about it every time that I rehearse. My fantasy would be that all of the girls who dumped me and didn’t like me because they thought I was going nowhere…. it was hard to introduce myself and to say I want to be an R&B star…. they don’t really listen to R&B in Mexico….. when I say R&B some people have even told me, “I don’t know that band”….

Did you ever try singing in Spanish?

You are so funny and you don’t even know it….so continue with the fantasy….

To playing in an established arena, in my mind the O2 Arena because that’s the one that I liked best, and have all the girls who dumped me because they thought I was going nowhere, all there watching me, and having to have bought their ticket to come and see me. That would be my ultimate fantasy.

If you could say anything to your fans and followers, what would that be?

This is going to sound so Hollywood, but I was watching a Michael Jackson video last night and he was saying believe in yourself. He was talking about how people made fun of Henry Ford and the Wright Brothers, and Walt Disney. They told him that he would be nobody because he was a college dropout. I am a college drop out too. I’m a white, R&B, Mexican born singer, singing in English, and I know that the demographic I’m trying to reach is hard. I do appreciate the market for having opened the doors to me. So, what I would tell them is to believe in themselves because no one is going to believe in you if you don’t believe in yourself. That’s something that I learned the hard way. I didn’t believe in myself at first. I think that people like to bring you down sometimes and they don’t really rejoice in your success. I would also tell them not to reveal their plans until they are actually happening. I would also tell them to remember when they get their hearts broken there will be someone else, and it will be better. This is like trying to look for a quote like Mariah Carey quotes, she is such an inspirational person. I love to hear her speak. I would tell them to “find their inner peace and to find their inner self or their higher self. If they are connected with their higher selves than everything else will flow smoothly.” 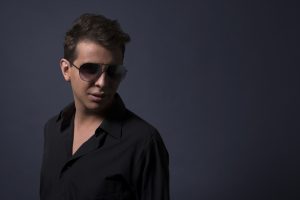