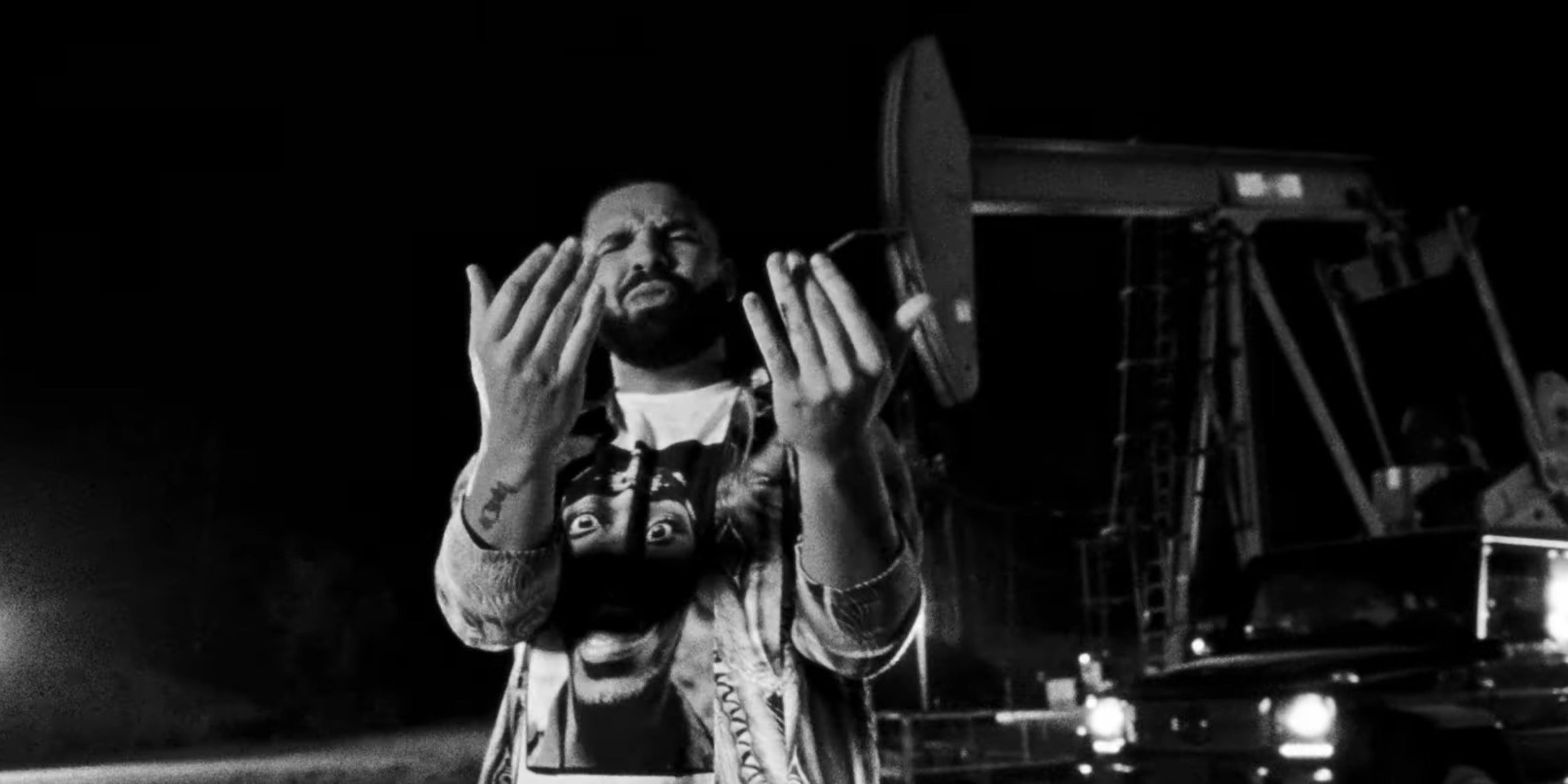 Drake has shared the music video for his new song “Money in the Grave.” The grainy black and white video includes footage from a construction site, a swanky plane, a Drake show, and more. Featured artist Rick Ross also appears in the clip. Check out the video, directed by Theo Skudra, below.

Drake released “Money in the Grave” in June after his beloved Toronto Raptors won the 2019 NBA Finals. It arrived along with “Omertà” in a release dubbed “The Best in the World Pack.”

Little Mermaid Actress Gets Support From Tara Strong And More After Posting TikTok Of Original Part Of Your World Recording
‘Moonage Daydream’ Set For Imax Return; Director Brett Morgen’s David Bowie Doc Hailed As “Greatest Rock Movie Of The Decade”
‘Wakanda Forever’ To Win Post Thanksgiving Frame, But ‘Violent Night’ Could Liven Up Box Office
Toy Story Fans Think The Movie Dropped An F-Bomb Thanks To Viral TikTok
Take Two: The Critical Verdict On Will Smith And ‘Emancipation’, Plus A Trio Of Must-See Netflix Oscar Contenders