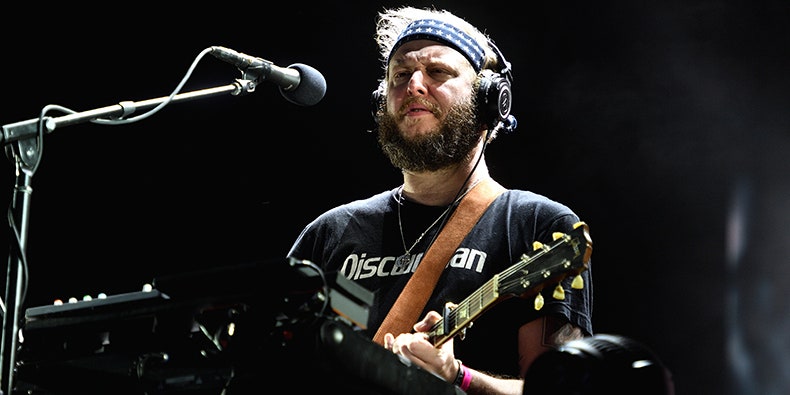 Last year on the same day his Big Red Machine album was released, Bon Iver’s Justin Vernon was also featured on a new song by Eminem called “Fall.” Vernon tweeted his criticism of the track, which used a homophobic slur to call out Tyler, the Creator. “Not a fan of the message, it’s tired,” he wrote. “Asked them to change the track, wouldn’t do it.”

In an expansive new interview today with Zane Lowe on Beats 1, Vernon revisited his tweets about the song during a conversation about the overall carelessness inherent to the culture of Twitter. “I made that huge mess out of the Eminem song. I was just in a car wash, and I just tweeted. It’s like, what was I doing? I should’ve just probably chilled out and actually just said, ‘Please don’t put this song out.’” When Lowe reiterated that he could’ve kept it private, he replied, “Exactly. And it was really rude, and I felt really bad about it.”

Check out Justin Vernon’s full interview with Zane Lowe below. The Eminem and Twitter conversation begins around 29:36.