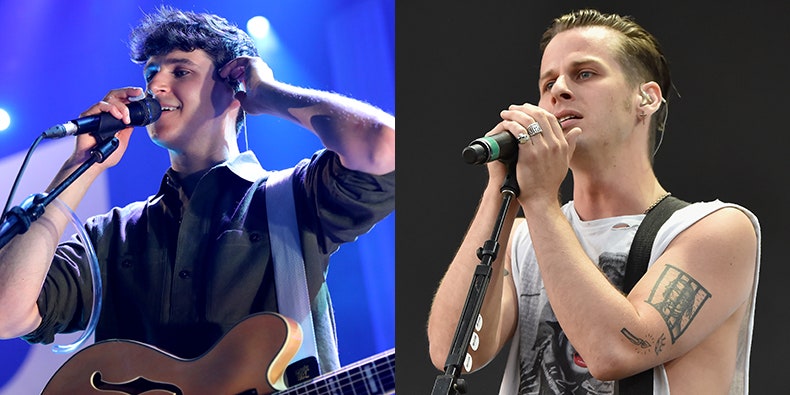 Foster has written a series of tweets on the subject in the past week, often accompanied by hashtags like “#EpsteinCoverUp” and “#EpsteinBodyDouble.” Koenig—who referenced being friendly with Foster since they both played a 2016 Bernie Sanders rally in Iowa—talked to Foster about the theory and how long he’d been following the Epstein story.

“I was looking at the Snopes article about it, and there’s the Foster the People tweet in the Snopes article about it. In some ways, you’ve become—whether or not you wanted to be—you’re the voice of that particular theory,” Koenig said. “Was it the [side-by-side] photo that set you off? What about before you saw the photo, did you already think, ‘I bet he’s not even dead?’”

“I think you go through all the realms of possibilities of what happened, what could have happened,” he wrote. “And look, I’m not a forensics expert—I put out a fucking tweet. You know what I mean? Just being a musician that wanted to put out a tweet and start a public discourse about this guy. But you look at the photo, and it’s not the same guy!”

Koenig never expressly endorsed any theory put forward by Foster throughout the conversation. “I’m a very live and let live open-minded kind of guy, I’m like, ‘Hey man I don’t believe everything The New York Times says, like sure, tell me why you think that is,’” Koenig said. Throughout the episode, Koenig and co-host Jake Longstreth discussed conspiracy theories including the JFK assassination and 9/11.

At the end of the interview, Koenig asked Foster to address listeners with a summary of what they should take away from his tweets about Epstein. “I guess I would say that I feel like we’re living in an age of misinformation,” Foster said. “People need to do their own research and dig and not believe everything that you hear.”

Listen to their entire conversation on “Time Crisis.” The interview with Foster begins around the 38:50 mark.