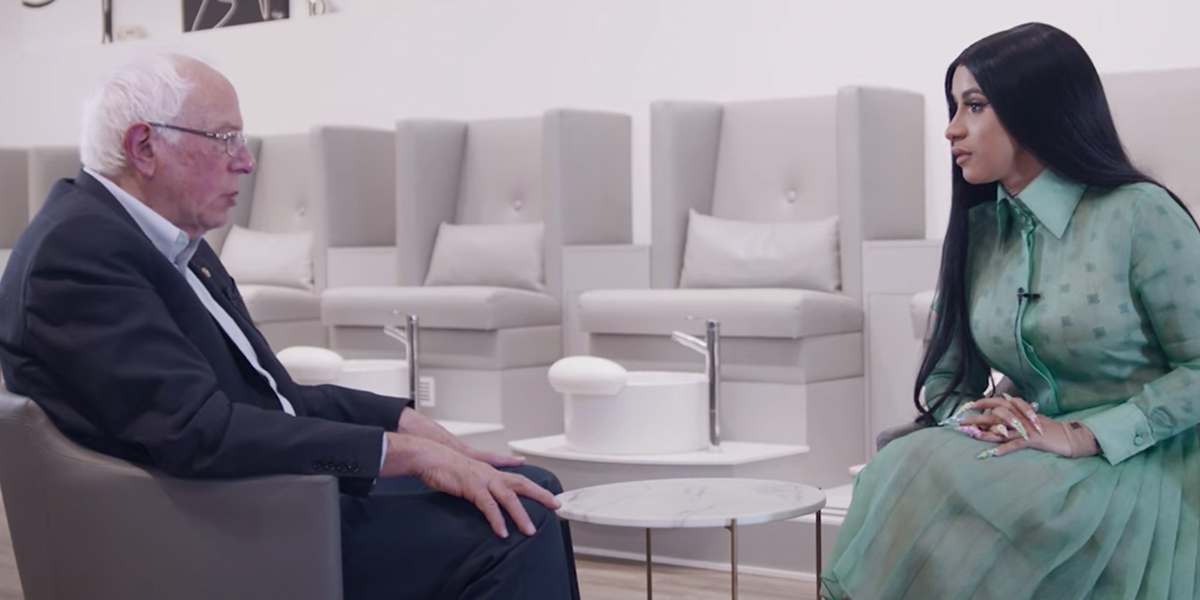 Cardi B and Bernie Sanders recently teased an interview that they filmed together, in which Cardi sits down with the Democratic presidential candidate at a Detroit nail salon to discuss the issues facing Americans today. Now, the full 12-minute interview has arrived. The two tackle topics such as police brutality, healthcare, wages, student debt, their shared admiration of Franklin Delano Roosevelt, and more. Watch it below.

Prior to the interview, Cardi took to Twitter to talk about Sanders, saying, “I been reading about Bernie Sanders and I’m really sad how we let him down in 2016. This man been fighting for equal rights, HUMAN rights for such along time. Seeing this country become a better place been really his passion for a long time not a new front for a campaign.